Medieval architecture of houses along the High Street of wool town, Lavenham, on 9th July 2020, in Lavenham, Suffolk, England. By the late 15th century, the town was among the richest in the British Isles, paying more in taxation than considerably larger towns such as York and Lincoln. Several merchant families emerged, the most successful of which was the Spring family. became a prosperous town based on cloth making. The wool trade was already present by the 13th century, steadily expanding as demand grew. By the 1470s Suffolk produced more cloth than any other county. 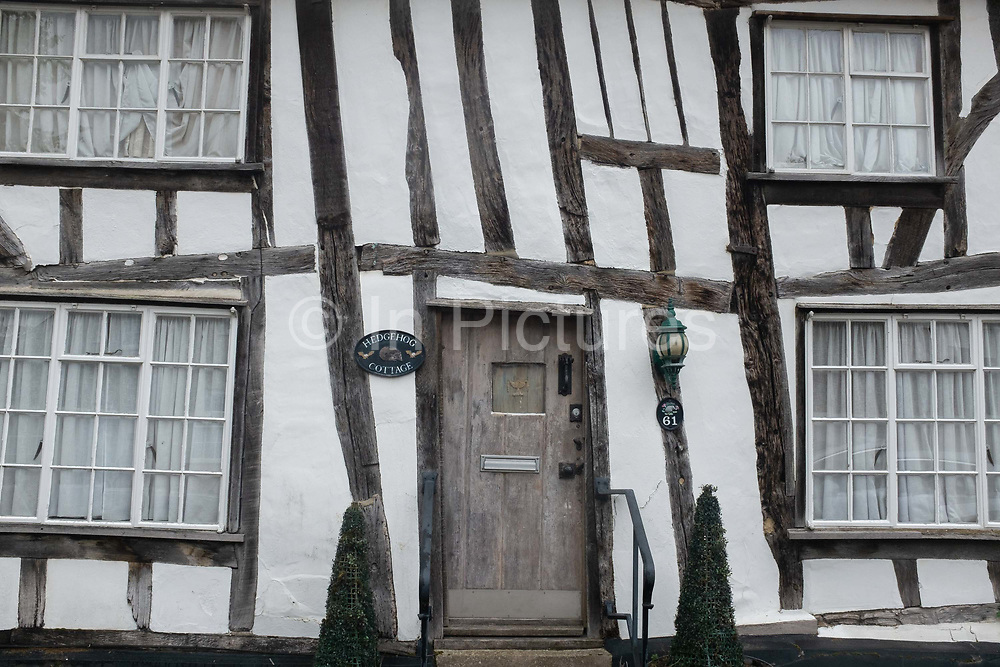