A young girl looking at her mobile phone whilst leaning on a blocked taxi during busy protests against U.S. President Donald Trump UK visit to attend the NATO North Atlantic Treaty Organisation summit on the 3rd December 2019 in London in the United Kingdom. Ahead of a British national election on 12th December 2019, Stop Trump Coalition and CND, Campaign for Nuclear Disarmament organised a protest to target a banquet at Buckingham Palace where Trump will dine with the Queen and other NATO leaders. The U.K. is hosting NATO summit to mark the military alliances 70th anniversary. 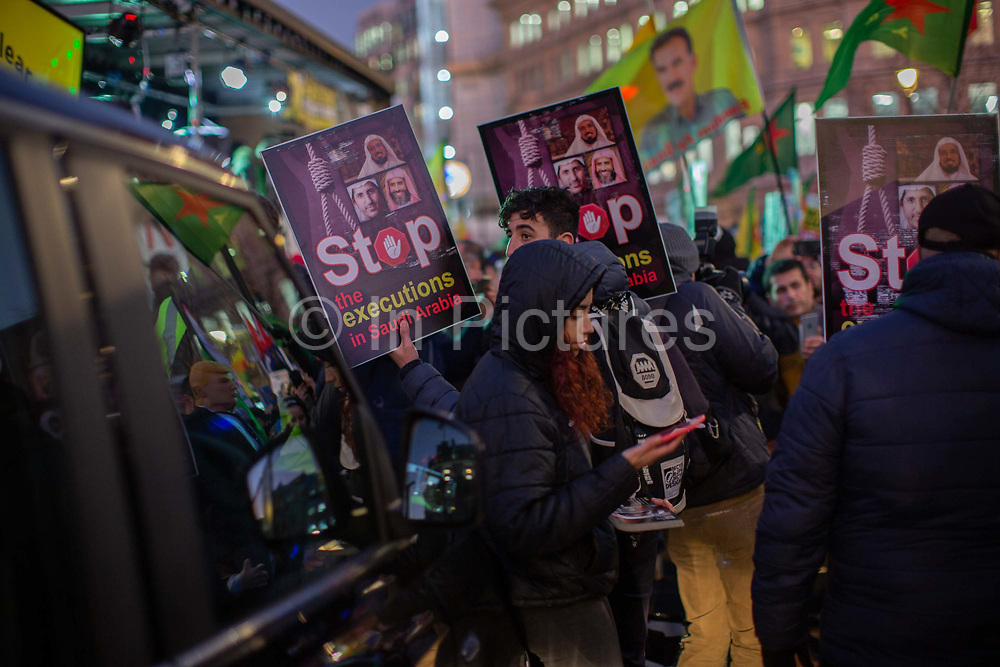