Drawers of herbs used for preparation of traditional Chinese medicine at the Beijing Tongrentang drug store, which was established in 1669 during the Qing Dynasty and holds a high reputation in China. Chemists weigh out and wrap up various herbal elements including berries, roots, bark and shavings. Traditional Chinese Medicine refers to a broad range of practices sharing common theoretical concepts which have been developed in China and are based on a tradition of more than 2,000 years, including various forms of herbal medicine and dietary therapy. Although these practices are considered alternative medicine in the Western world, they are a common part of medical care throughout East Asia, accounting for estimated 40% of all health care delivered in China. 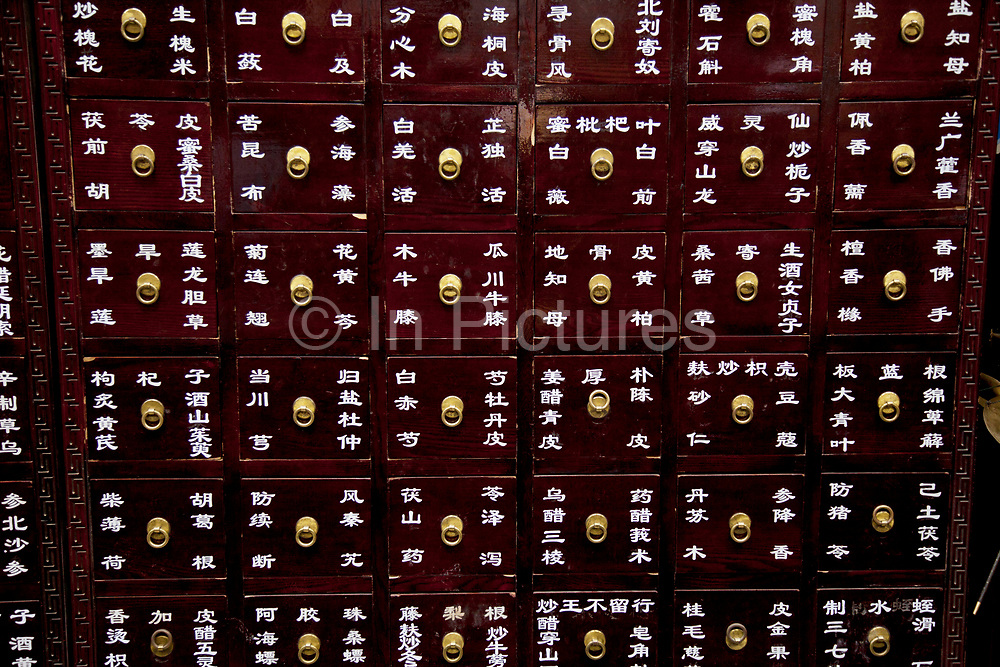