Anti-Thatcher protestor's sign on the procession route before the funeral of Margaret Thatcher. Draped in the union flag and mounted on a gun carriage, the coffin of ex-British Prime Minister Baroness Margaret Thatcher's coffin travels along Fleet Street towards St Paul's Cathedral in London, England. Afforded a ceremonial funeral with military honours, not seen since the death of Winston Churchill in 1965, family and 2,000 VIP guests (incl Queen Elizabeth) await her cortege. Margaret Hilda Thatcher, Baroness Thatcher (1925 - 2013) was a British politician who was the Prime Minister of the United Kingdom from 1979 to 1990 and the Leader of the Conservative Party from 1975 to 1990, the longest-serving British Prime Minister of the 20th century and the only woman to have held the office to date. 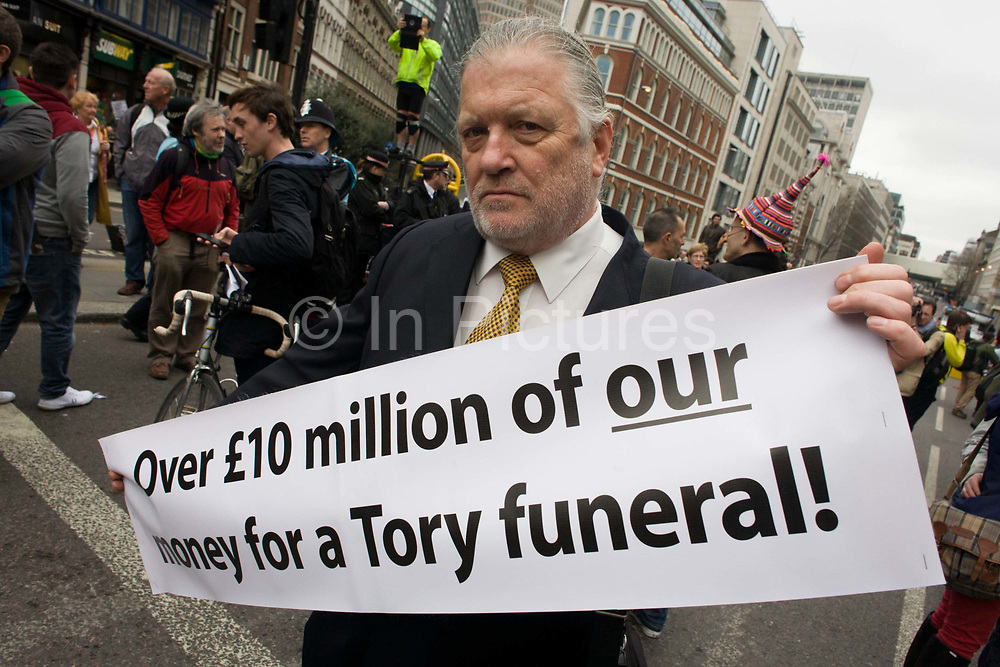