Names of those who died from injuring while at the WW2-era Franja Partisan Hospital on 20th June 2018, near Dolenji Novaki, Slovenia. From December 1943 until the end of the war as part of a broadly organized resistance movement against the Fascist and Nazi occupying forces, the hospital was set in a deep gorge in rural Slovenia where fighters were brought in from many areas to be treated in this secret location. 578 were treated here but the mortality rate were only 10% and the site was never discovered by German forces. Franja is in the UNESCO Tentative List of World Heritage sites. 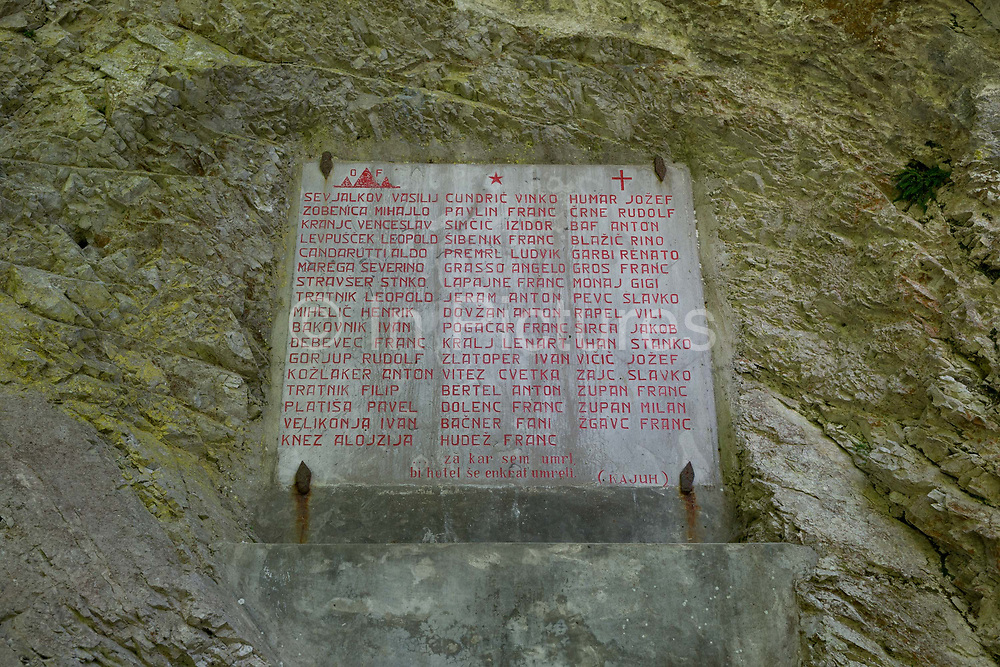