In Windsor Great Parks Long Walk across the landscape a hose gallops during a 3-day cross-country event, held annually on Her Majesty the Queenss property, on 16th June 1994, in London, England. The Long Walk was commenced by Charles II from 1680-1685 by planting a double avenue of elm trees. The park was, for many centuries, the private hunting ground of Windsor Castle and dates primarily from the mid-13th century. Now largely open to the public, the parkland is a popular recreation area for residents of the western London suburbs. The Copper Horse is a statue marking the end of the Long Walk at Snow Hill in Windsor Great Park in the English county of Berkshire. The walk begins at the George IV Gateway at Windsor Castle. The Copper Horse is a statue of George III on horseback, and is said to represent George as an emperor in the Roman tradition riding without stirrups, along the lines of the Equestrian Statue of Marcus Aurelius. 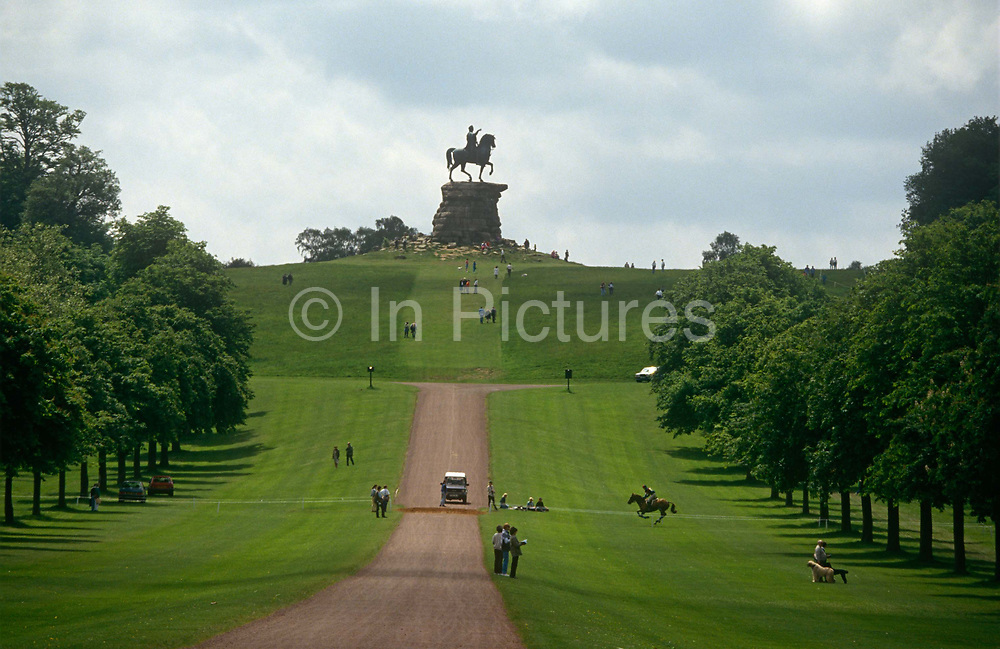