Rolls Royce car parked outside an Oxfam charity shop in Chelsea. Clearly a case of the wealth divide in the UK. In a selected few boroughs of West London, wealth has changed over the last couple of decades. Traditionally wealthy parts of town, have developed into new affluent playgrounds of the super rich. With influxes of foreign money in particular from the Middle-East. The UK capital is home to more multimillionaires than any other city in the world according to recent figures. Boasting a staggering 4,224 'ultra-high net worth' residents - people with a net worth of more than $30million, or £19.2million. London, England, UK. 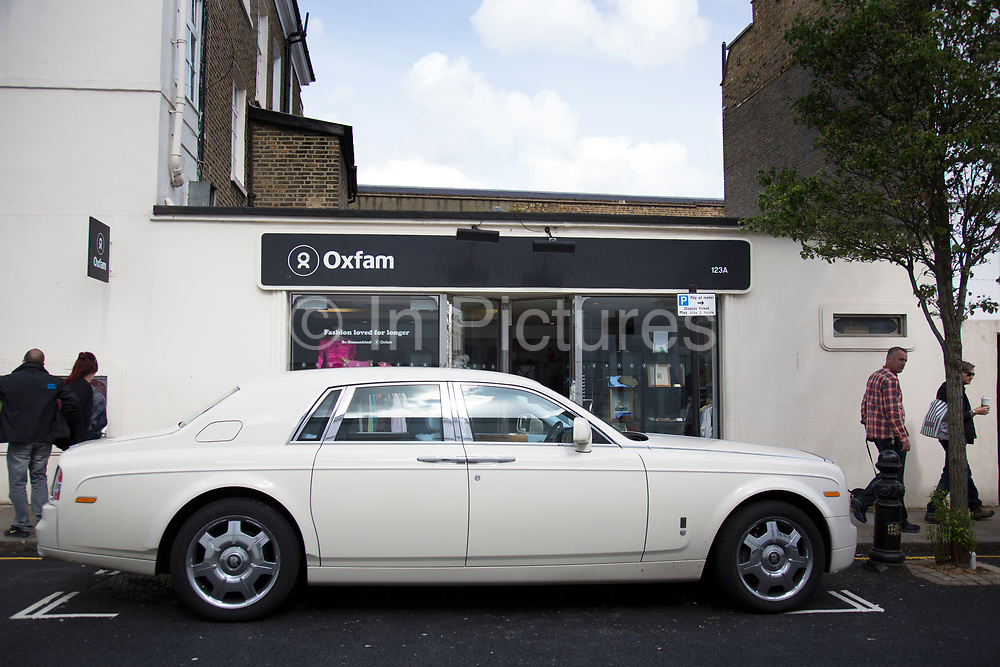