A man wearing a bright Adidas tracksuit-type of sports clothing walks and talks passing the pillars of the Bank of England. On an otherwise dull street minus strong colour elsewhere, the man wears the bright blue from head top foot including the 3 stripes of the sports clothing brand known throughout the world. Adolf Dassler, following the split of Gebrüder Dassler Schuhfabrik between him and his older brother Rudolf, founded Adidas in 1948. Rudolf later established Puma, which was the early rival of Adidas. Registered in 1949, Adidas is currently based in Herzogenaurach, Germany, along with Puma. The company's clothing and shoe designs typically feature three parallel bars, and the same motif is incorporated into Adidas's current official logo. The "Three Stripes" were bought from the Finnish sport company Karhu Sports in 1951. 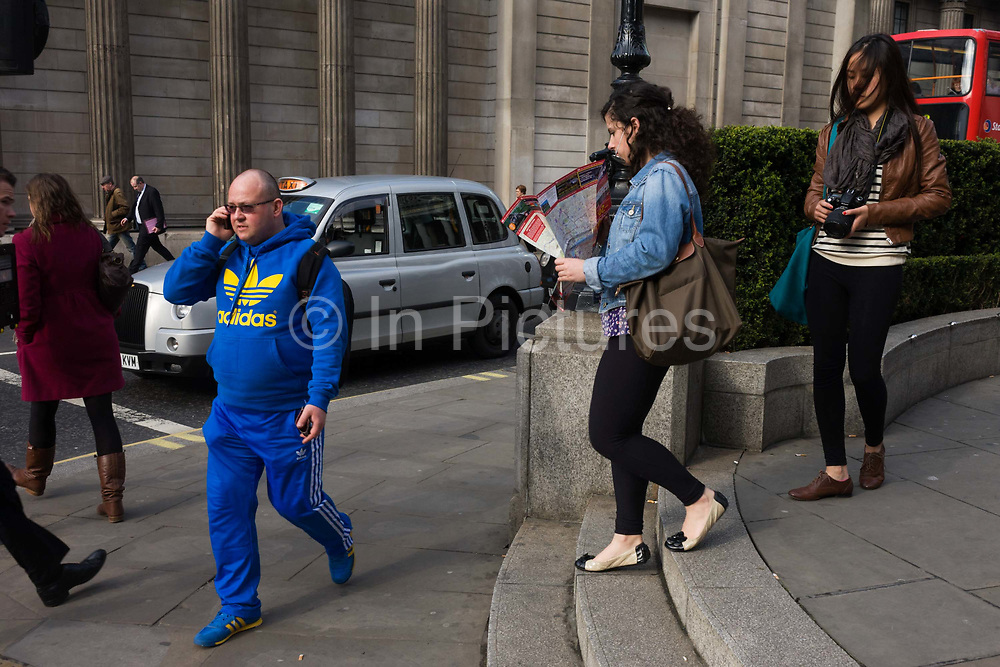