An Officer Cadet at the Royal Military Academy Sandhurst is loaded into the back of a British Army Land Rover ambulance to join the downfacing trainers of a collapsed colleague, after retiring from an endurance race. Recruits run a 5 mile steeplechase around the Academy grounds to assess individual stamina and accumulate team points. Sandhurst is an institution which has bred staff officers since 1800. Today it trains future officers for the demands of leadership and military understanding of military understanding,. Students are tested for their command instincts, intellect, strength of character and physical endurance often under great psychological pressure - the demands asked of them in modern warfare. Failure in this test might not necessarily mean dismissal though perserverence or refusal to give up won't harm their prospects. 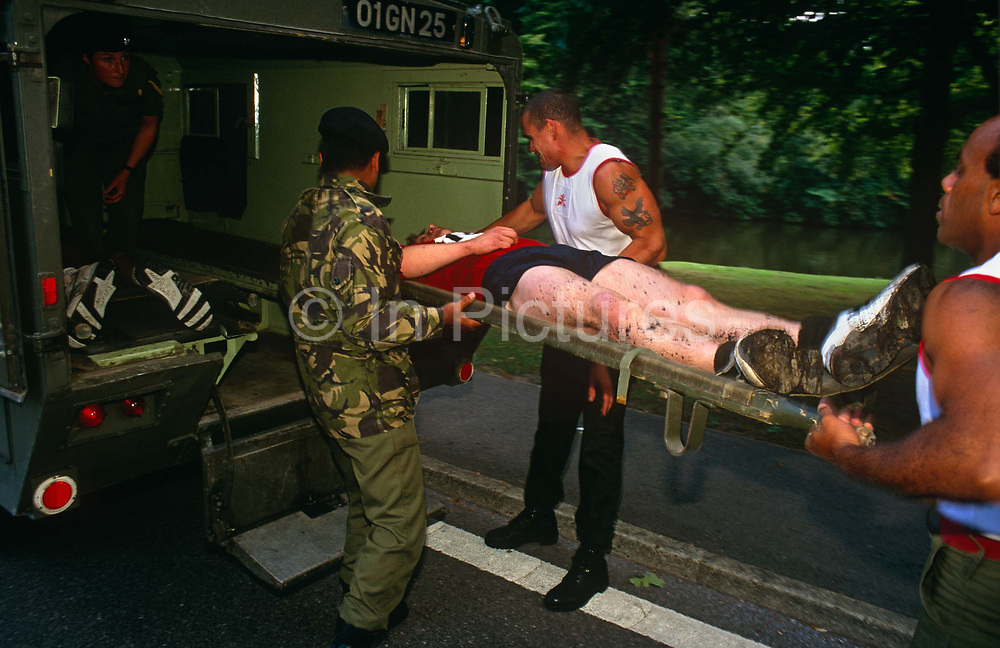