Passers-by walk beneath the inspiring images of Team GB gold medallist heptathlete Jessica Ennis and long jumper Phillips Idowu adorn the exterior of the Adidas store in central London's Oxford Street, during the London 2012 Olympic Games. The ad is for sports footwear brand Adidas and their 'Take The Stage/Crown' campaign which is viewable across Britain and to Britons who have been cheering these athletes who have been winning medals in numbers not seen for 100 years. Their heroic performances have surprised a host nation who until the victories, were largely anti-Olympics - now adoring their darling Ennis and her good looks. 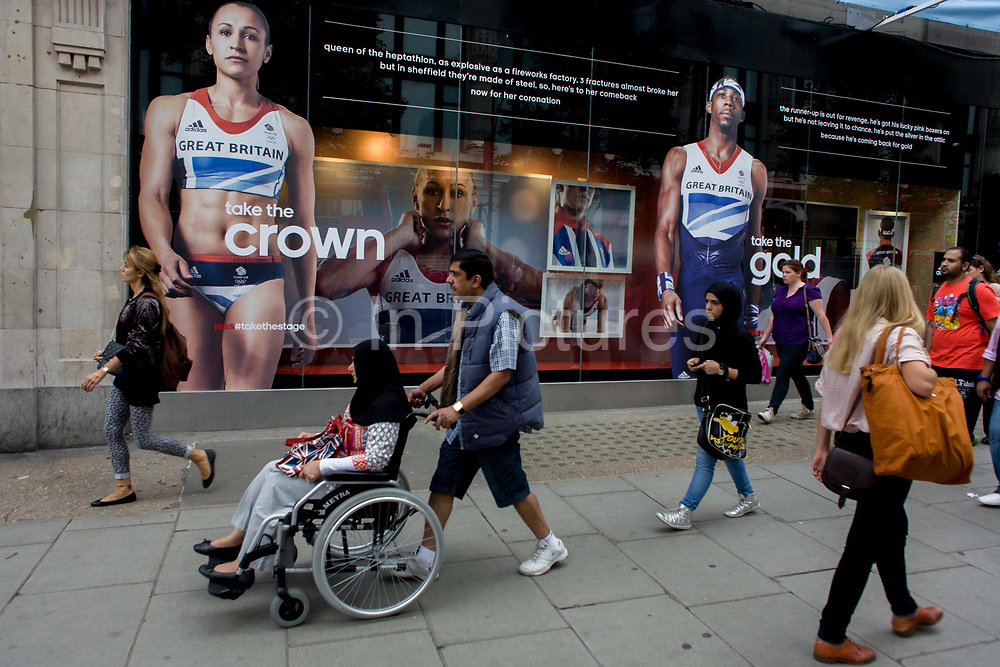