A silhouette of Tintin seen through closed restaurant and bar in London's Charing Cross Road. Printed on tiles in the background, we see the cartoon boy reporter running to yet another adventure, following his dog Snowy (or Milou, in French) whose body are slightly out of view. The Adventures of Tintin is a series of comic albums created by Belgian cartoonist Georges Remi (1907–1983), who wrote under the pen name Hergé. The series was one of the most popular European comics of the 20th century. By the time of the centenary of Hergé's birth in 2007, Tintin had been published in more than 70 languages with sales of more than 200 million copies. 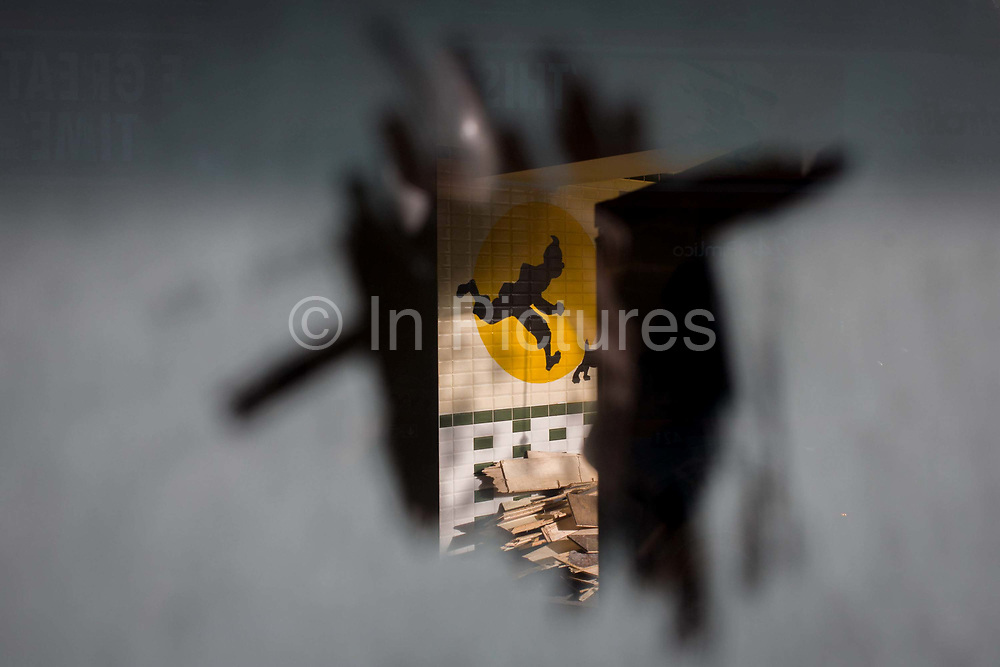