A soldier from the British Royal Artillery guards a 12ft Fire Shadow missile on manufacturer MBDA's trade stand at the Farnborough airshow, ready to show visiting guests to this exhibit the merits of its use and design. The so-called lurker bomb is designed to loiter above a battlefield for up to 6 hours before attacking stationary or mobile targets and also able to shadow British troops for up to ten hours or 100 miles, ready to take out enemy targets with surgical precision at a minute’s notice. . The Farnborough International Airshow is a seven-day international trade fair for the aerospace industry and held every two years in mid-July at Farnborough Airport in Hampshire, England known as the home of British aviation, held since there since 1948. The show is usually attended by more than 1,300 exhibitors and 150,000 trade visitors. 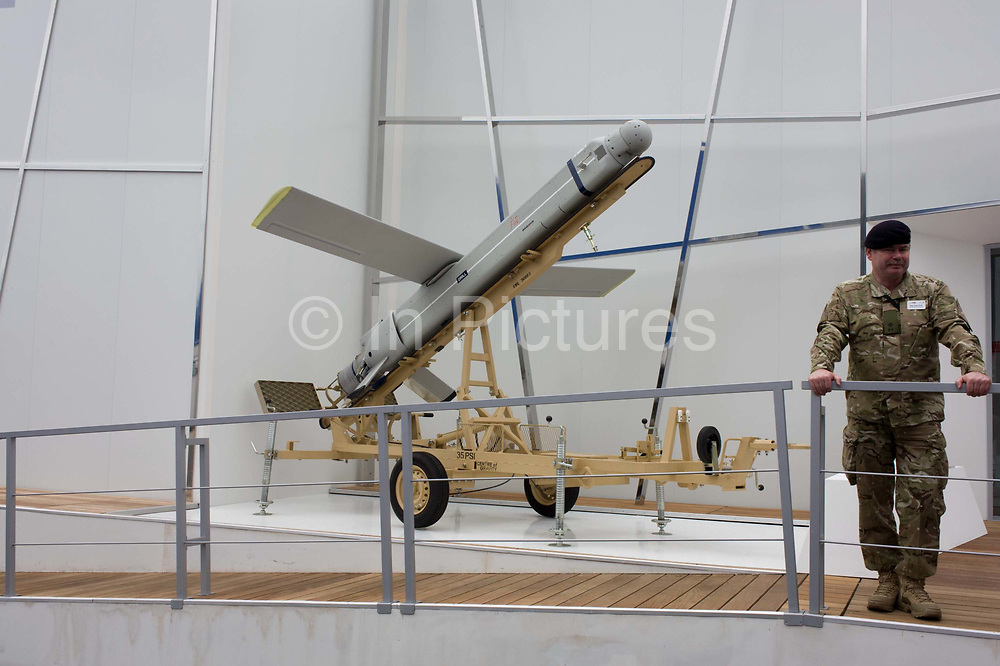