London, UK. Friday 5th September 2012. 'Freedom for Humanity' a street art graffiti work by artist Mear One aka Kalen Ockerman on Hanbury Street near Brick Lane. Tower Hamlets has ordered that the mural be removed as the characters depicted as bankers have faces that look Jewish, and is therefore antisemitic. In protest the mural had just been sprayed with the Hebrew word 'HAGANAH'. Haganah was a Jewish paramilitary organization in what was then the British Mandate of Palestine from 1920 to 1948, which later became the core of the Israel Defense Forces. Local businessman (pictured), and owner of the wall Azmal Hussein said "This is not anti-Semitic. This is my wall, my property, and I don't want it to go." 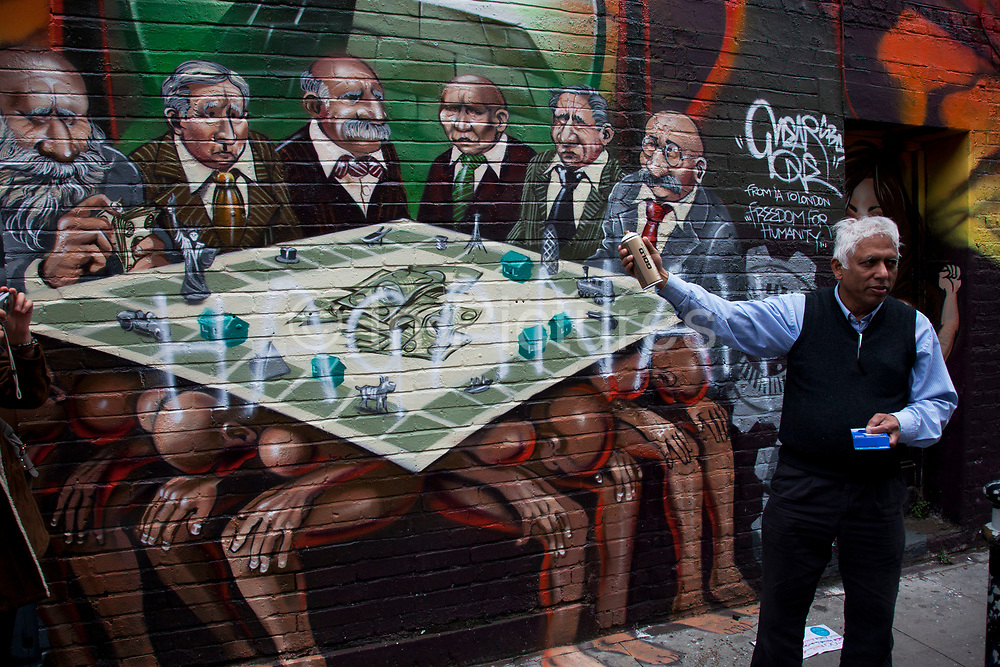