Aqa Ali Shams. The Taliban killed my husband in 2001. he was in the military. I have 4 daughters and 2 sons. The sons work pushing carts and selling vegetables. I can not do heavy work, as I am ill I have internal bleeding?

5 months after I was widowed, my daughter was engaged she was 3 months old. When she was 16, she disappeared. I do not know what happened to her. The family of her fiance was furious. They demanded two daughters in her place and forced two of my daughters to marry. There was nothing I could do.

If my husband had not died, we could have looked after our first daughter better so she would not have disappeared. he could have protected us. it is because I am a widow that all these things have happened. 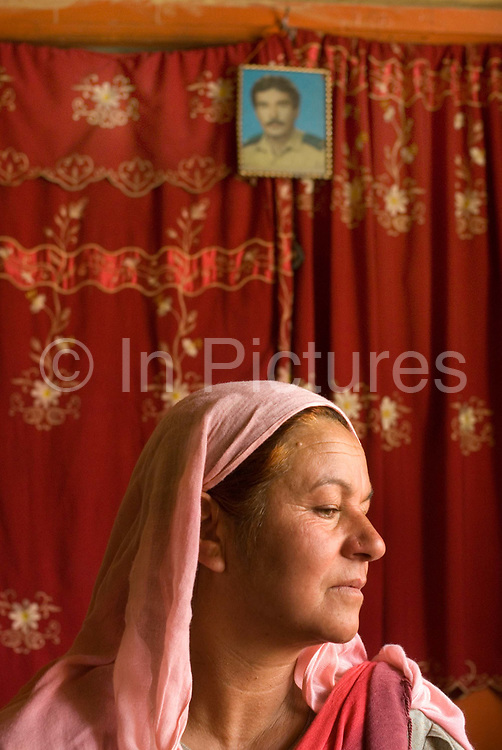