The large construction project known as the Pinnacle, on Bishopsgate in the financial City of London, known as the Square Mile after its ancient Roman walled past. The Bishopsgate Tower, informally referred to as The Pinnacle, is a 288 m (945 ft), 64-storey skyscraper in the centre of London's main financial district, the City of London. On completion, it will become the tallest building in the City of London and the second tallest building in both the United Kingdom and the European Union. The Brookfield Multiplex builds, engineers, develops and maintains property and infrastructure around the world. Over the past five decades they have successfully completed over 726 major projects, with a combined value of over $27.5 billion in Australasia, Europe, the Middle East and Asia. 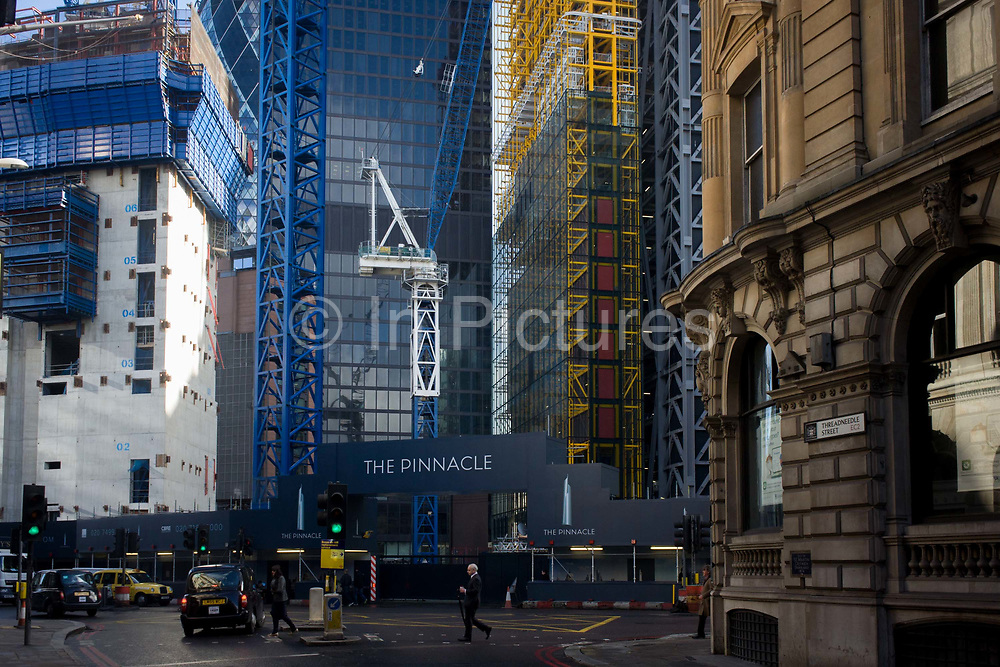