The local Hackney Gazette newspaper stand announces the latest news in the borough after the summer London riots. Over a four day period in August 2011, Britain was held in the grip of social and criminal unrest when the (mostly) young went on the rampage, looting and stealing from shops and stores. In total 6 people died but many of hundreds of small businesses was ransacked for their stock. Desirable clothing accessories from sports shops as well as food and alcohol were rifled from convenience stores. Approximately 3,000 arrests were made across cities and towns across the Uk – mostly in London. 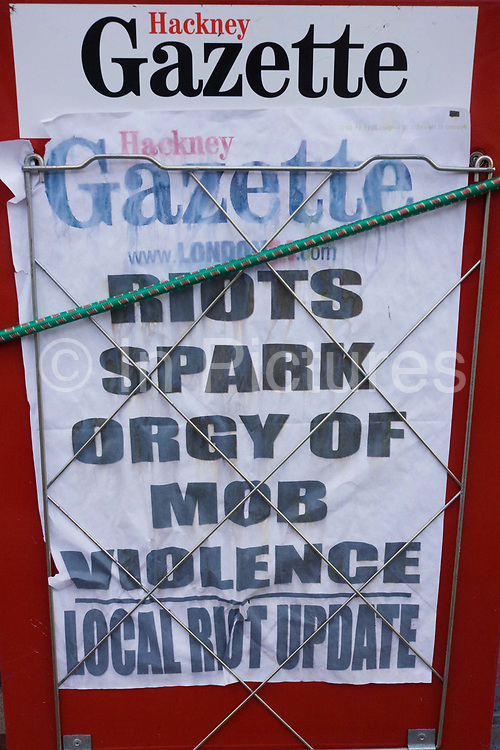