HMS Ocean of the Royal Navy edges upstream on the River Thames towards Greenwich ahead of a major security exercise in preparation for the 2012 Olympic Games. Ocean is an amphibious assault ship (or landing platform helicopter), the sole member of her class and the Royal Navy's largest ship, here to act as a launch pad for eight army Lynx helicopters and a base for Royal Marine snipers, able to shoot at the engines of fast-moving targets. It is the final phase of the exercise named Olympic Guardian, which began on the coast and in the airspace over the capital. During the Olympics, Ocean will be moored in Greenwich to provide logistics support, accommodation to 9 Assault Squadron Royal Marines and a helicopter landing site. The 203.4m (667 ft) long, 21,500 tonnes Ocean was constructed in the mid 90s at a cost of £234 million. 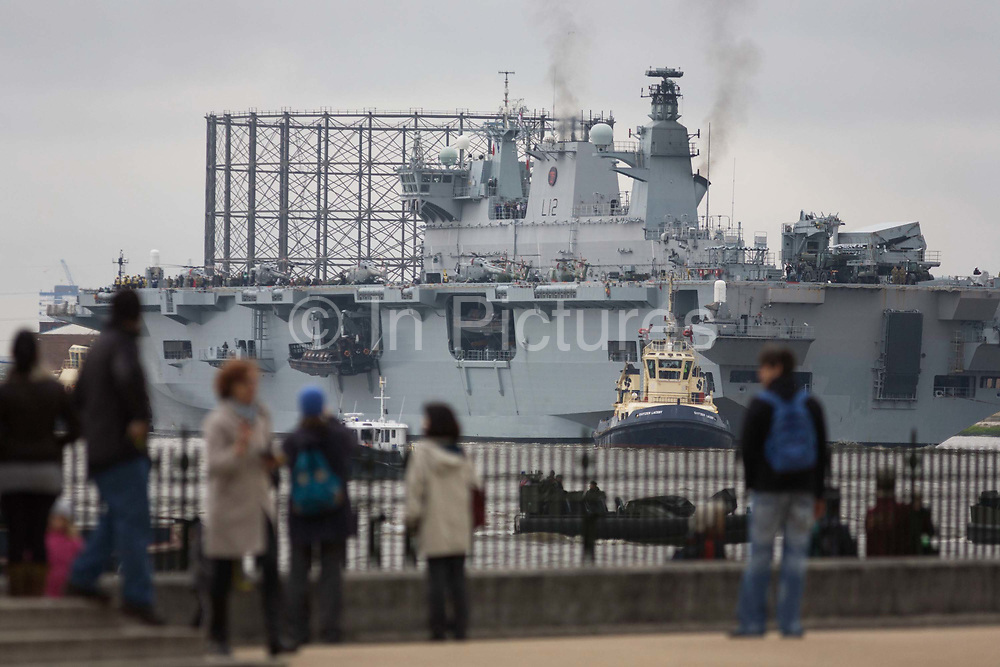