Wing tips and tails from British Airways 747-400 jet airliners are almost touching during their respective turnrounds while on the apron outside Heathrow Airport's Terminal 5 building. A passing aircraft taxies past on the left and the other two planes have wingtip devices increase the lift generated at the wingtip which smooth the airflow across the upper wing near the tip and reduce the lift-induced drag caused by wingtip vortices. This improves lift-to-drag ratio and increases fuel efficiency, in powered aircraft. From writer Alain de Botton's book project "A Week at the Airport: A Heathrow Diary" (2009). 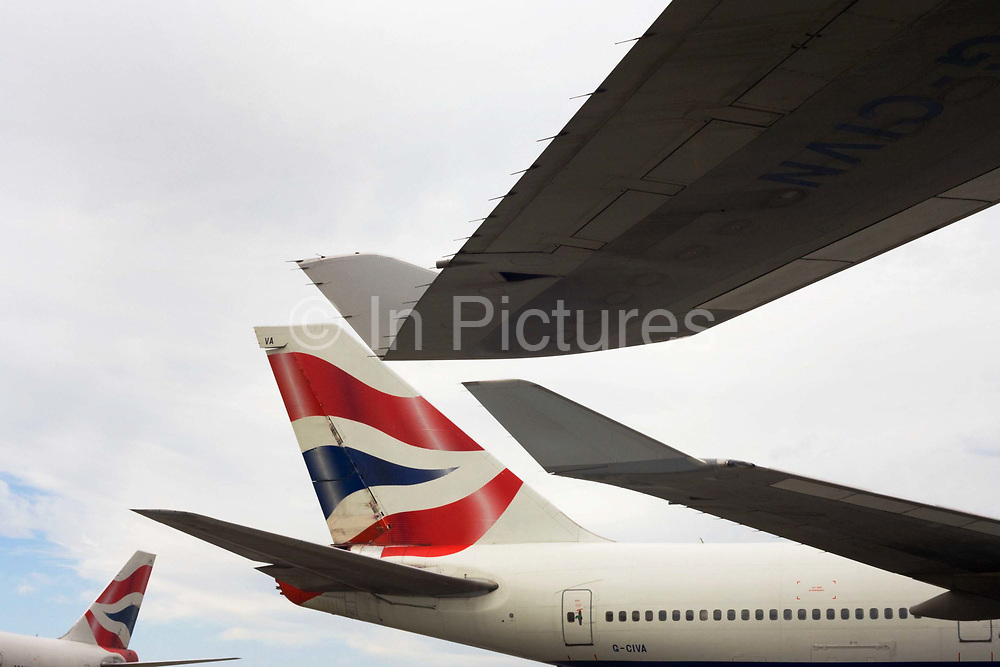