Fred Wigg Tower, a high rise block of council flats on the Montague Road Estate in Leytonstone, East London. On 12th July 2012, the military arrived to install surface to air missiles on the roof of the apartment block. Residents complained that having the missiles there during the Olympics could increase the chance of a terrorist attack in the area. On the other hand, the Metropolitan Police have concluded that there is no ‘credible threat’. 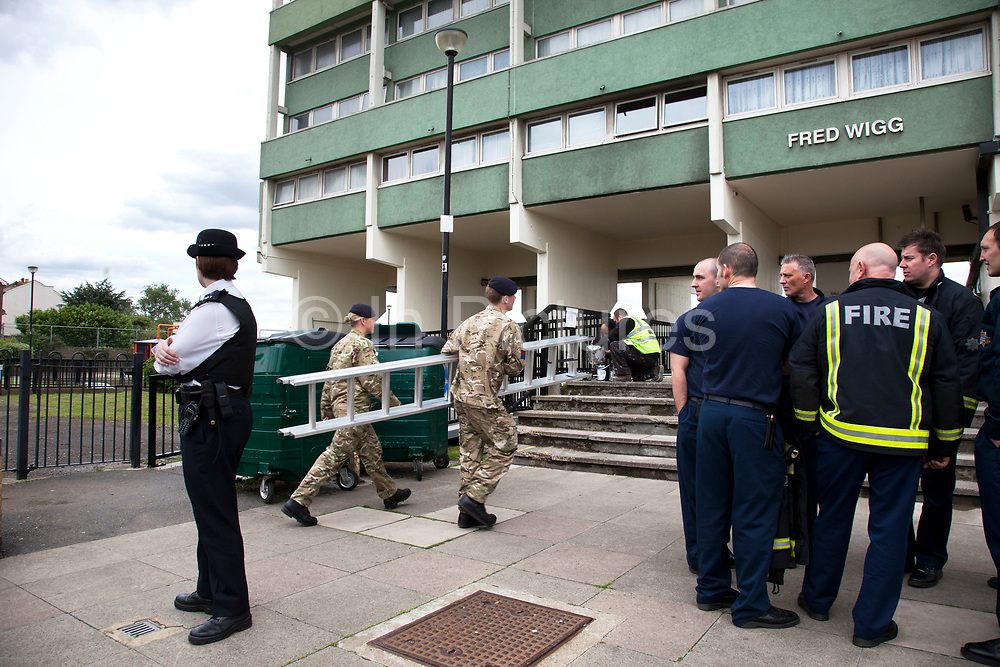