An activist from Palestine Action is taken by Metropolitan Police officers for a search during a protest outside the UK headquarters of Elbit Systems, an Israel-based company developing technologies used for military applications including drones, precision guidance, surveillance and intruder-detection systems, on 11th May 2021 in London, United Kingdom. The activists were protesting against the companys presence in the UK and in solidarity with the Palestinian people at a time of a significant rise in tension in Israel and the Occupied Territories following attempts at forced evictions of Palestinian families in the Sheikh Jarrah neighbourhood of East Jerusalem, the deployment of Israeli forces at the Al-Aqsa mosque and the killing of children in Gaza. 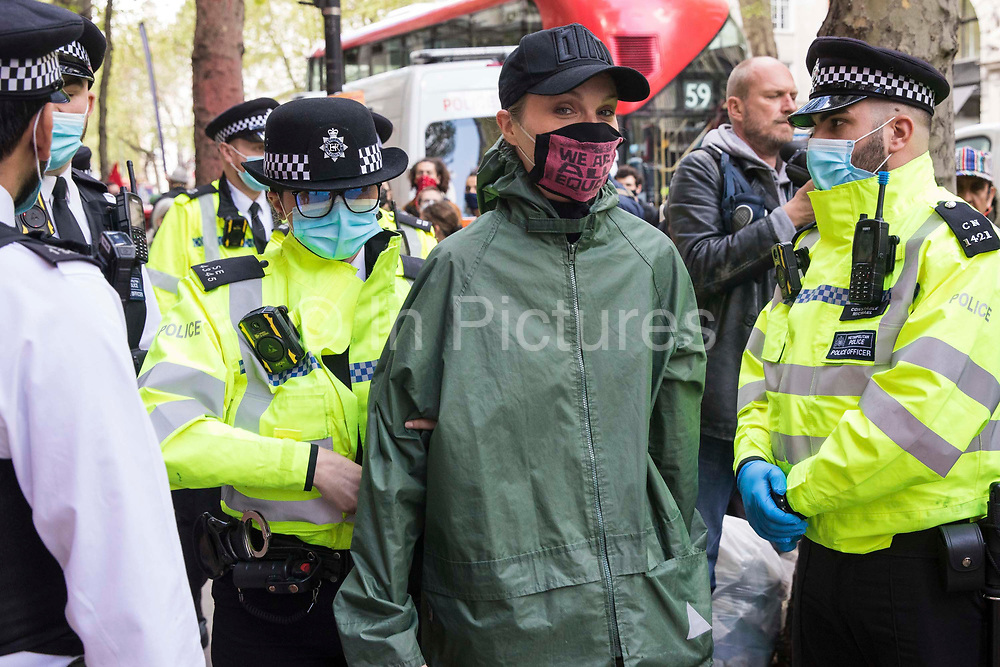