A homeless man lies in the sand near the ornate Triumphal Arch in Praça do Comércio and statue of King José I. With the glory of old Portugal echoed in the architectural arch in the background and the statue of past monarchs in the bronze on the left, we see a modern city will all its problems of immigration and economic hardships for those unable to sustain a good life in this European nation. The Praça do Comércio or Commerce Square is located near the Tagus river, the square is still commonly known as Terreiro do Paço because it was the location of the Paços da Ribeira (Royal Ribeira Palace) until it was destroyed by the great 1755 Lisbon Earthquake. After the earthquake, the square was completely remodelled as part of the rebuilding of the Pombaline Downtown, 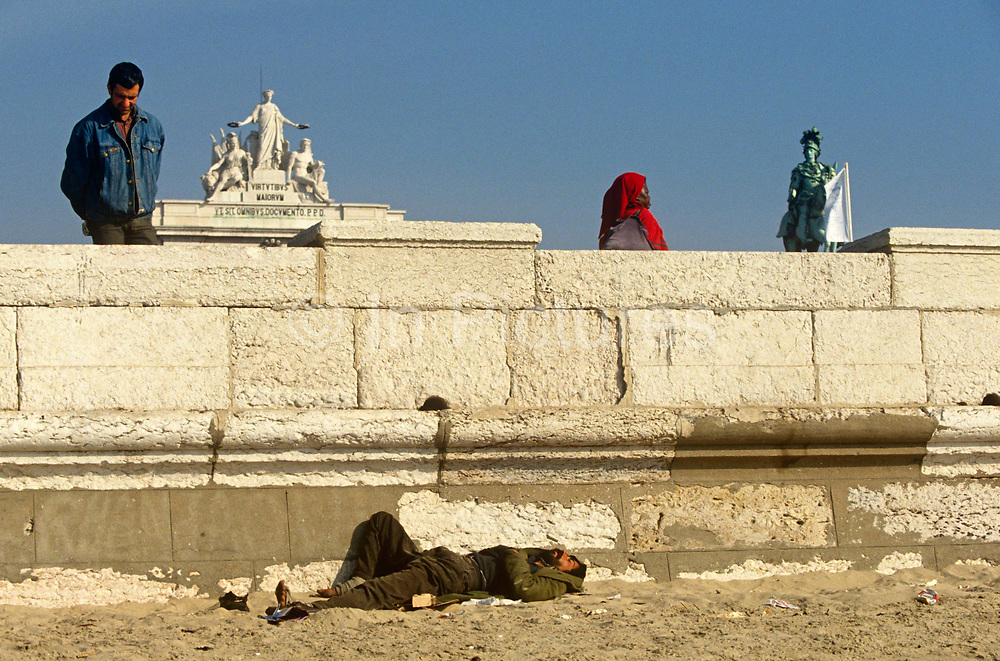