Closed after fire damage but recently re-opened, visitors enjoy the architecture and innovative design of the newly-opened Hastings pier in Sussex, England on 29th May 2016. Hastings Pier is a pleasure pier in Hastings, East Sussex, England. As a maintenance man empties bins, a disabled lady in a wheelchair enjoys the wide open spaces of decking which stretches out into the sea. Built in 1872 and enjoying its prime in the 1930s, though becoming a popular music venue in the 1960s, it received major storm damage in 1990 then in October 2010 it suffered a devastating fire the second in its history which destroyed 95% of its superstructure. In 2011, a total £8.75m grant was awarded by Heritage Lottery to rebuild the pier which was reopened to the public on 27 April 2016. 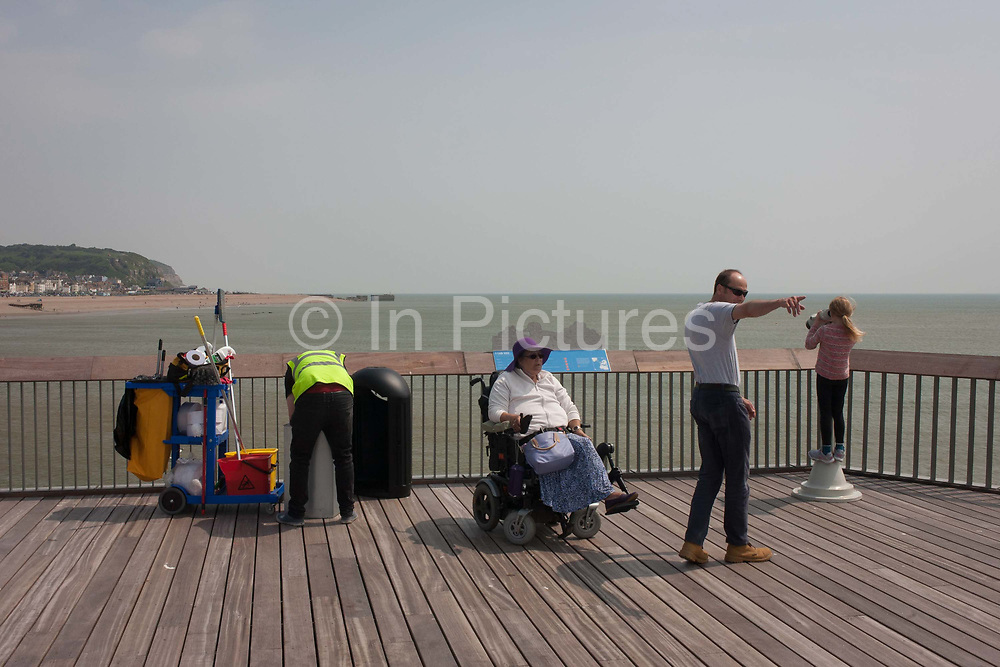