Commuters reading the Evening News on a Southern region train delayed in Charing Cross station. Evening News, formerly known as The Evening News, was an evening newspaper published in London from 1881 to 1980, reappearing briefly in 1987. It became highly popular under the control of the Harmsworth brothers. For a long time it maintained the largest daily sale of any evening newspaper in London. After financial struggles and falling sales it was eventually merged with its long-time rival the Evening Standard in 1980. Coming and Going is a project commissioned by the Museum of London for photographer Barry Lewis in 1976 to document the transport system as it is used by passengers and commuters using public transport by trains, tubes and buses in London, UK. 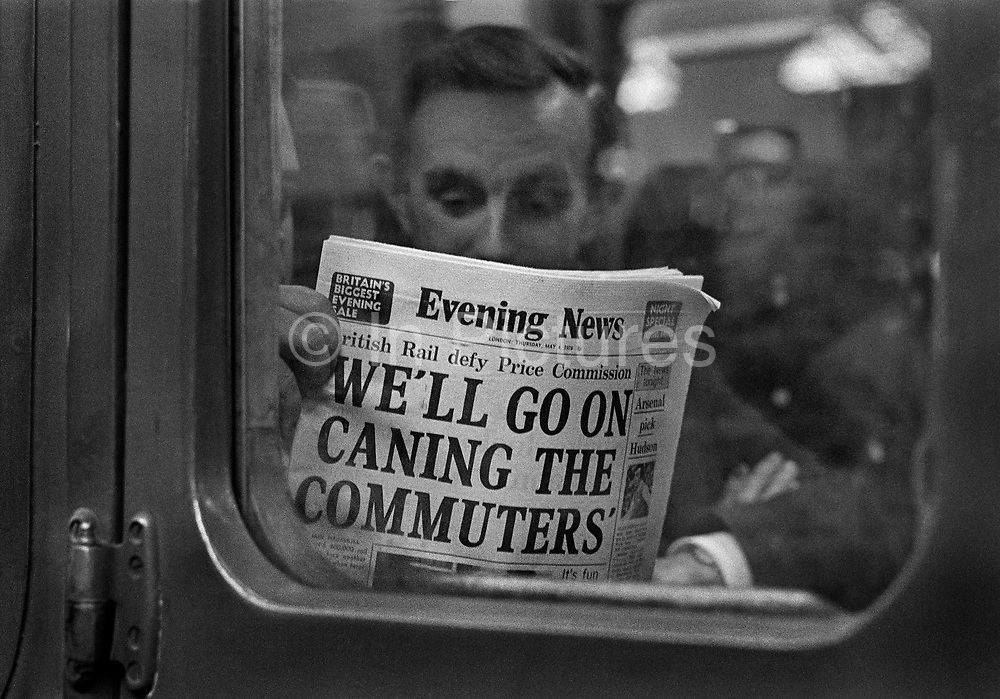