Wan Yuanxiu, 39 is a farmer. She lives with her son, Xi Chuanjun, 6 in Guangxi province. Her husband is a removal man in the city and only comes home a few times a year. She has another son, now 20, from her first husband who died nine years ago and is now sterilsied. In some provinces, after a woman has had a child, and certainly more than one, she will often be summoned to a clinic to be sterilized by the authorities. ..Its over thirty years (1978) since the Mao's Chinese government brought in the One Child Policy in a bid to control the world's biggest, growing population. It has been successful, in controlling growth, but has led to other problems. E.G. a gender in-balance with a projected 30 million to many boys babies; Labour shortages and a lack of care for the elderly. 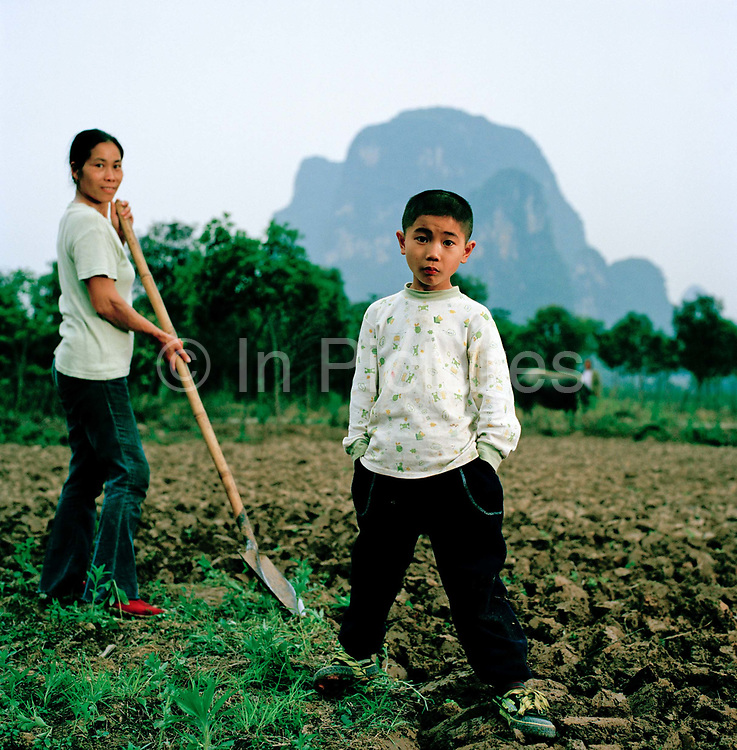