The Rt. Hon. Tony Blair MP, as Leader of the Opposition, stares in deep thought whilst on a train en-route to an evening Labour Party rally in Nottingham, 2 years before his victory in the 1997 General Election that eventually made him British Prime Minister. Blair is with an unknown Downing Street assistant and is has been reading the London Evening Standard newspaper in the First Class carriage at a time when fellow-passengers take little notice of the future controversial world statesman. Then, he could travel in relative obscurity, without large security details. Blair is wearing a blue shirt with a sober, patterned tie and his hair is still dark without the greyness that would appear rapidly when the pressures of office prematurely aged him. It is dark outside and we see no detail through the window of the vast Victorian mainline station outside. 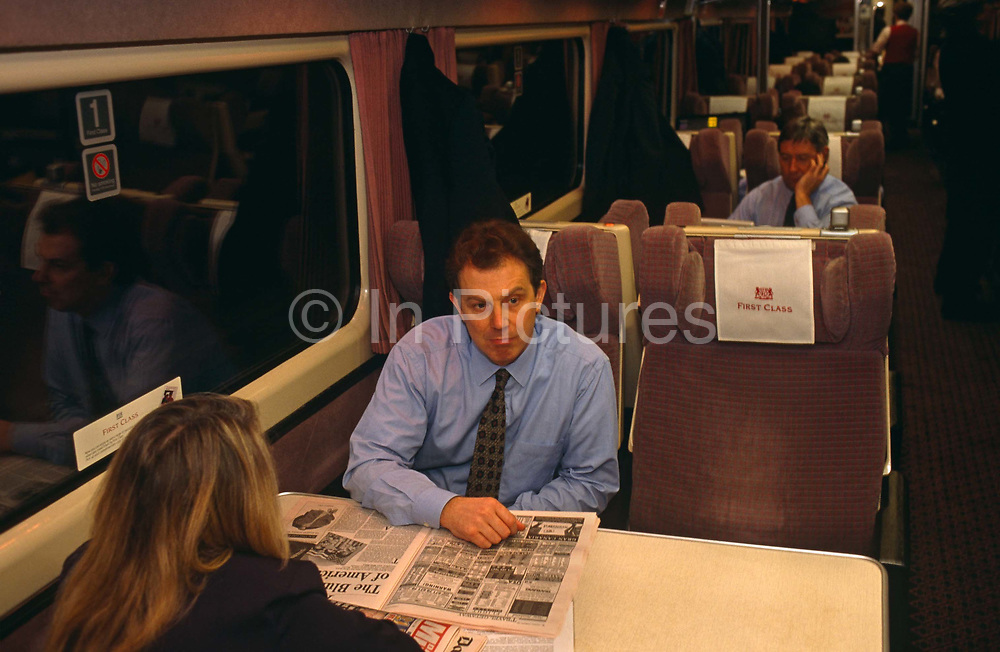