Seen from the cockpit of another Hawk of the elite 'Red Arrows', Britain's Royal Air Force aerobatic team during an In-Season Practice (ISP) training flight near their base at RAF Scampton. Seen through the explosive Plexiglass cockpit of a tenth plane, we see forward into deep blue sky as two sets of aerobatic pilots steer their aircraft before a crossover manoeuvre, their organic white smoke pouring from their jet pipes to emphasize their paths through the air. In front of a local crowd at the airfield the team work their way through a 25-minute series of display manoeuvres that are loved by thousands at summer air shows. After some time off, spare days like this are used to hone their manual aerobatic and piloting skills before re-joining the air show circuit. Since 1965 they've flown over 4,000 shows in 52 countries. 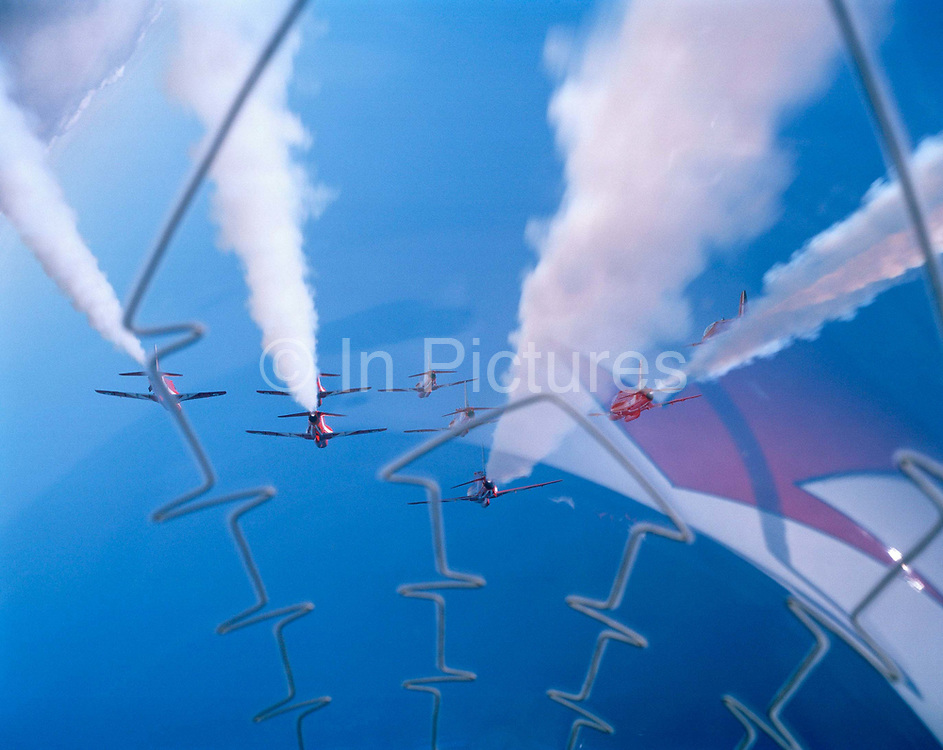