In the late afternoon on a warm summer's day, drinkers enjoy a pint or two outside The Phoenix pub at Denmark Hill station, Camberwell, South London. Seated at tables and on benches, the friends and colleagues relax in the warm sunshine outside this Victorian station, built in 1865. Its design is in the Italianate style, with an extremely decorative frontage. After a fire in 1980 the building was renovated and restored. The project included the addition of the public house, initially called the Phoenix and Firkin to commemorate the fire, then called O'Neills and now known as the Phoenix. A Civic Trust award was given to the building in 1986. 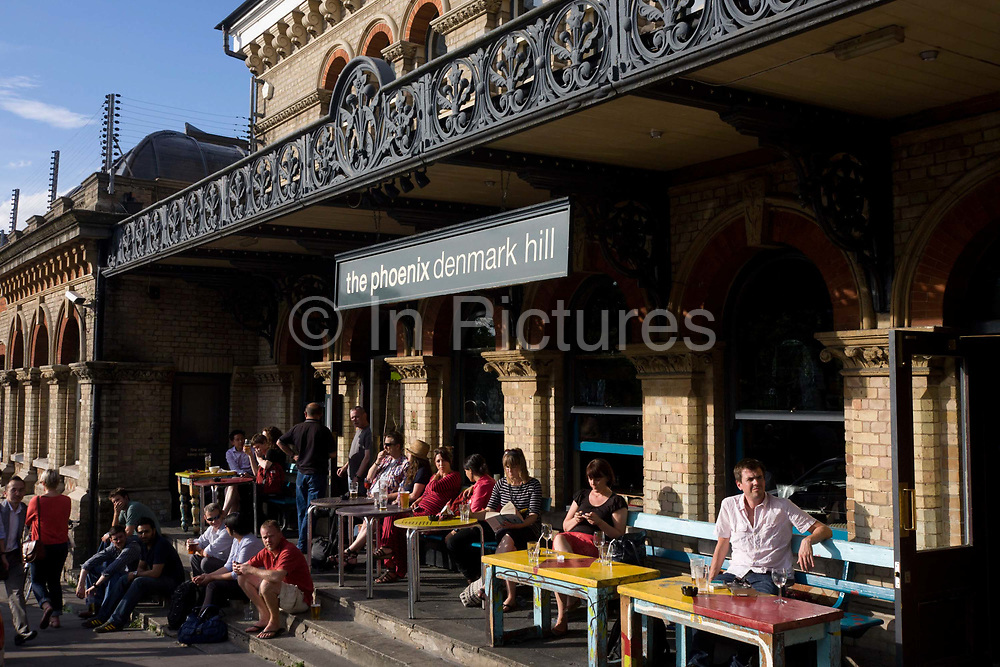