A boy plays snowballs at night during heavy snow showers in central London - a rare event for an inner-city. Snowflakes are falling in large amounts settling on this street in Herne Hill, South London. The lad is in his element by going outdoors at night as the showers are falling everywhere about him. He dashes across the picture, running through thousands of snowflakes armed with a snowball destined for his elder sister's head. Relishing the hide and seek game they're playing and the prospect of landing the snow as a direct hit makes him look mischievous and excited. 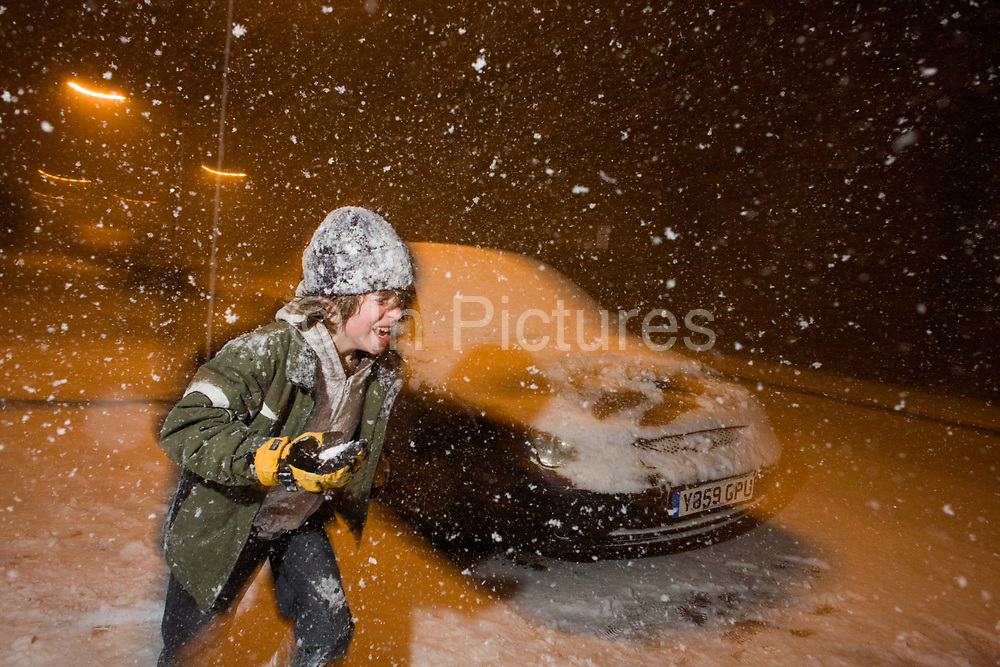