Brexit protesters and Anti Brexit protester Steve Bray dance with people from the Hare Krishna movement, whi came to College Green to spread some joy in Westminster on the day after Parliament voted to take control of Parliamentary proceedings and prior to a vote on a bill to prevent the UK leaving the EU without a deal at the end of October, on 5th September 2019 in London, England, United Kingdom. Yesterday Prime Minister Boris Johnson faced a showdown after he threatened rebel Conservative MPs who vote against him with deselection, and vowed to aim for a snap general election if MPs succeed in a bid to take control of parliamentary proceedings to allow them to discuss legislation to block a no-deal Brexit. 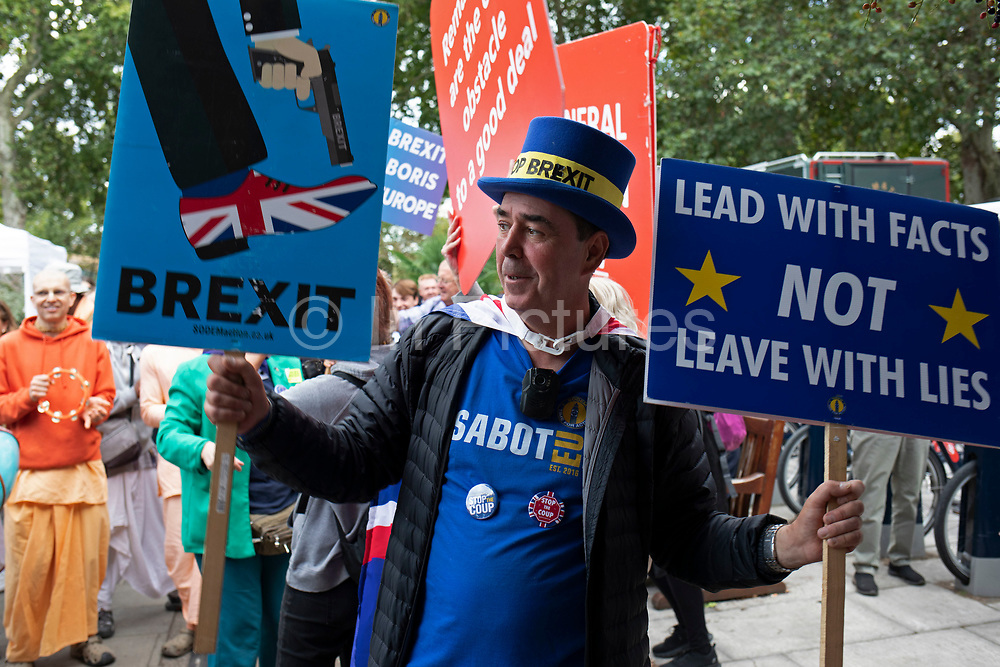