Interested potential buyers do business at a Mini car dealership in London's Park Lane. With sunlight streaming into the otherwise darkened design of the car showroom, a man and his partner sit at a table discussing their potential purchase with the prominent word Mini in green letters on the ceiling. The Mini is a small car that was made by the British Motor Corporation (BMC) and its successors from 1959 until 2000. The original is considered a British icon of the 1960s and its space-saving front-wheel-drive layout (which allowed 80% of the area of the car's floor pan to be used for passengers and luggage) influenced a generation of carmakers. In 1999 the Mini was voted the second most influential car of the 20th Century, behind the Ford Model T. 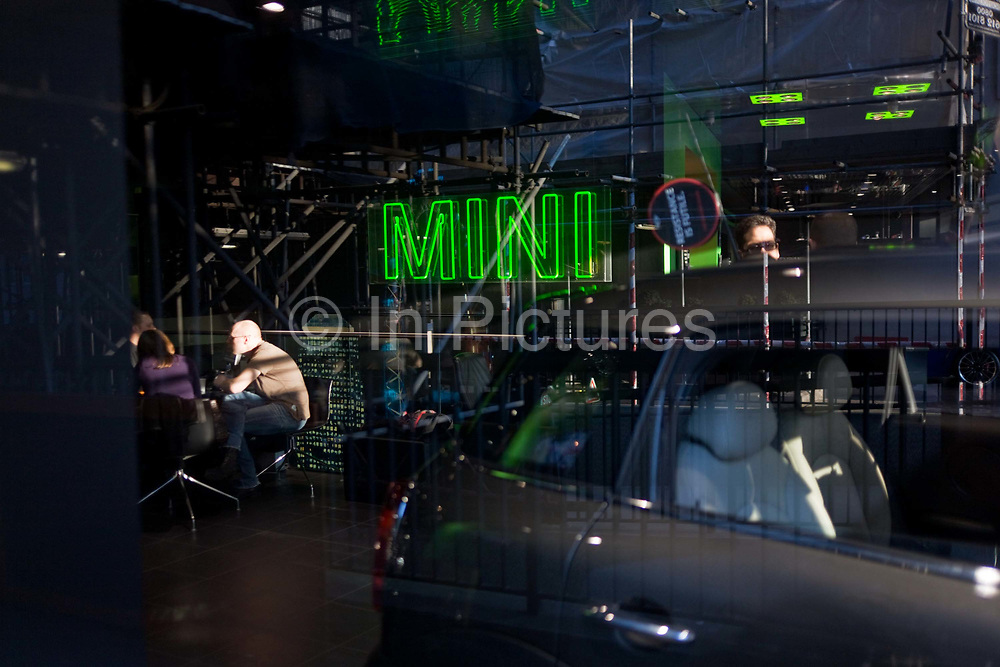