Students cycling past the central main building on campus at Tsinghua University in Beijing, China. The school is one of the nine universities of the C9 League. It was established in 1911 under the name 'Tsinghua Xuetang'. The university section was founded in 1925 and the name 'National Tsinghua University' started in 1928. With a motto of Self-Discipline and Social Commitment, Tsinghua University describes itself as being dedicated to academic excellence, the well-being of Chinese society and to global development. Tsinghua is almost always ranked as the first or second best university in mainland China in many national and international rankings. According to the Times Higher Education World University Rankings 2011–2012, Tsinghua ranked 71 worldwide among universities. 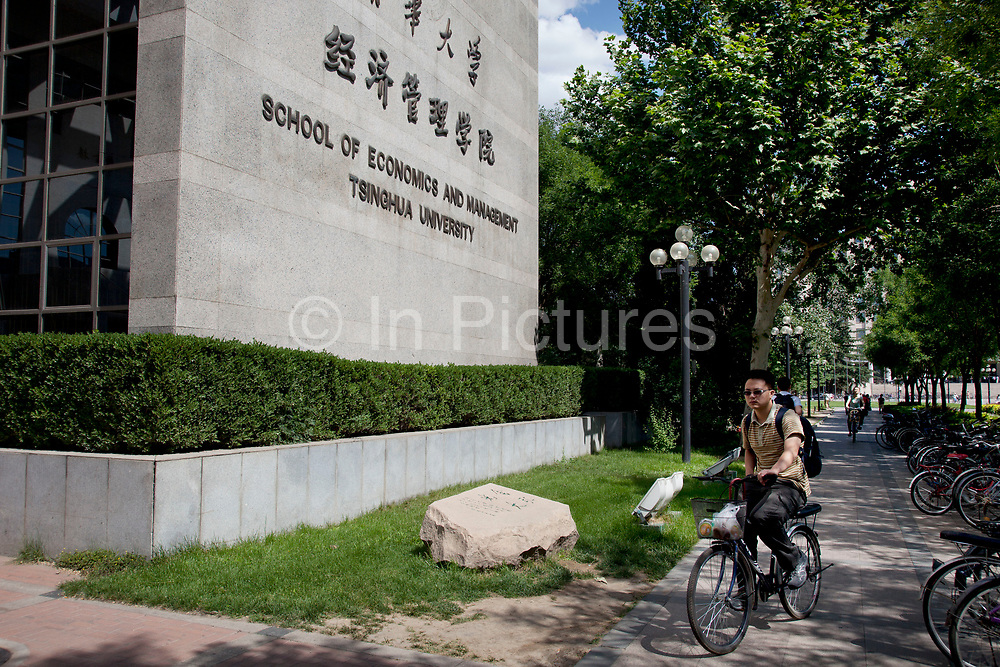