A exterior of the now ruined Shildon Engine House, on 29th September 2017, in Blanchland, Northumberland, England. Built around 1805 to house a Cornish pumping engine which kept the network of lead mines operating underneath from flooding. The North Pennines is known for its deposits of lead ore etc., a large part of the areas economy. In the 1840s an enormous steam engine was installed in an attempt to keep the mines dry enough to work. Following decommissioning, the engine house was converted to a series of flats for mining families. It was finally abandoned around 100 years ago and has been derelict ever since. The Engine House is a dramatic reminder of a once thriving lead mining community of 170 people. The population declined after the mid-1800s when cheaper lead began to be imported from abroad, and young Shildon families emigrated to the goldmining areas of Australia and America. 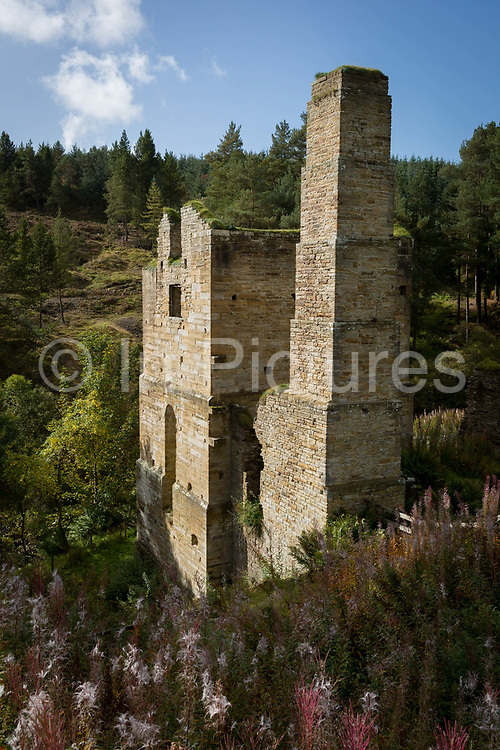