The bronze sculpture of a boy forms part of the artwork by Kenny Hunter in Walworth Square at Elephant And Castle on 9th March 2021, in London, England. Its full inscription reads “Against the armour of the storm I’ll hold my human barrier” – a line from a World War Two poem by Hamish Henderson. The striking bronze artwork has been installed in the year that marks the centenary of the Armistice and the end of the First World War. The sculpture has been commissioned to commemorate all the lives that have been affected by war and conflict around the globe, including the lives of members of the armed forces, civilians, refugees and others. 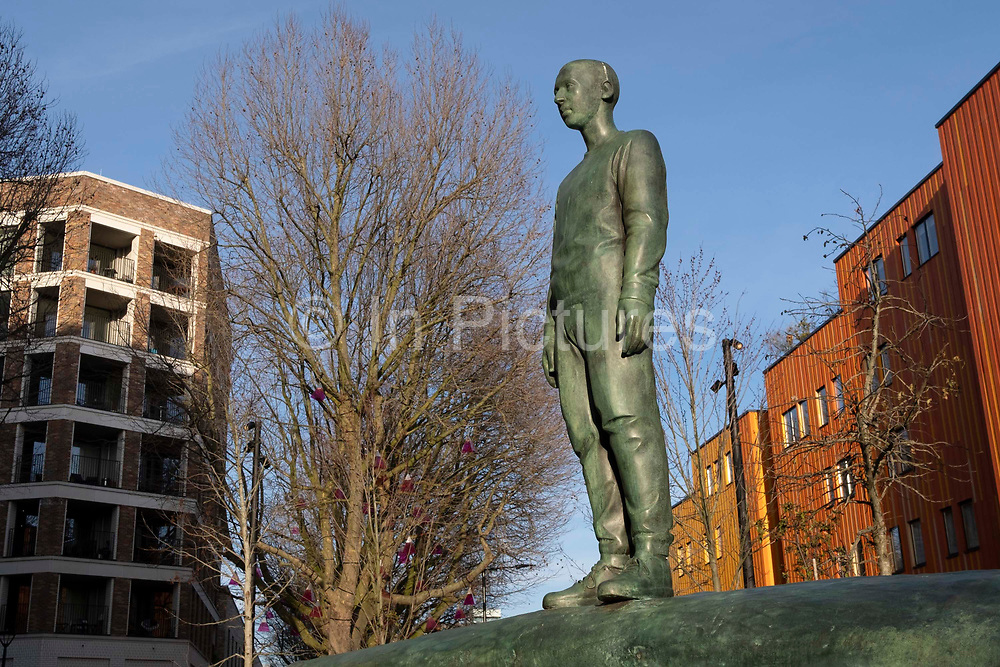