Eastern Orthodox parish church of Saint Barbara in Ano Patissia. Night scene with people gathering outside their place of worship. Saint Barbara, known in the Eastern Orthodox Church as the Great Martyr Barbara, was an early Christian saint and martyr. Athens is the capital and largest city of Greece. It dominates the Attica periphery and is one of the world's oldest cities, as its recorded history spans around 3,400 years. Classical Athens was a powerful city-state. A centre for the arts, learning and philosophy. 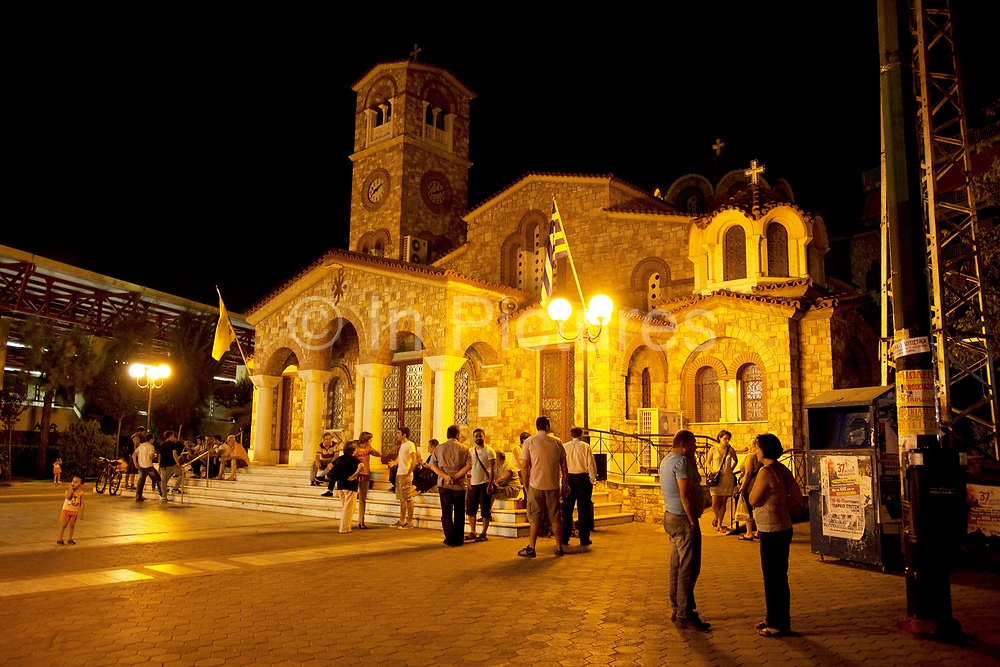