A librarian in Chingetti, Mauritania, holding a 'lah' or wooden tablet on which is inscribed verses of the Koran.
Chinguetti was a 'ksar' or medieval trading centre that was founded in the 6th century and for centuries the city was a principal gathering place for pilgrims of the Maghrib to gather on the way to Mecca. It is known for it's ancient libraries full of priceless books and Korans and is said to be the seventh holiest city in Islam 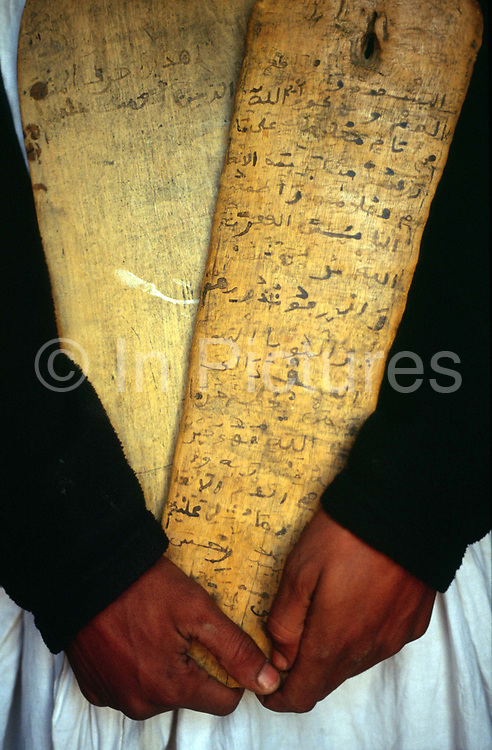