Symmetrical reflections of a street woman, waiting for a City of London bus. Two men wearing matching purple tops approach, one looking in her direction, but they don't see the same perspective as the viewer. She listens to MP3 music before her bus arrives to take her northbound. The symmetry doubles the person's presence in the window of an office, on Bishopsgate (street) in what's called the Square Mile, the capital's financial heart, named after its ancient Roman walled past. 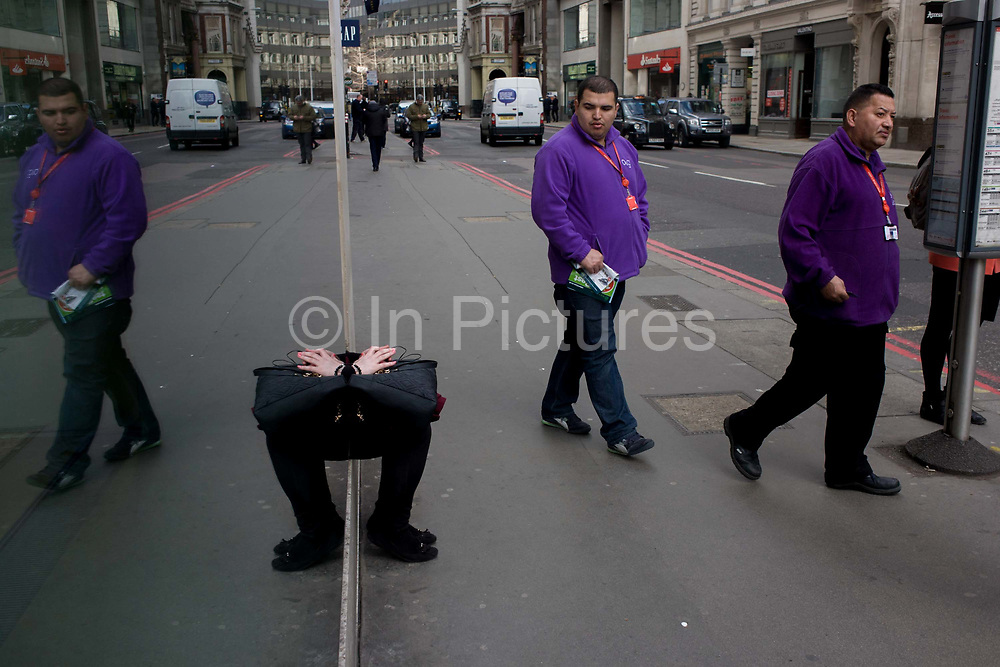