Spring flowers grow in the beds at Bank Triangle, beneath the pillars of the Bank of England and Cornhill. We see from a low angle, alongside the level of the flowers, the Corinthian pillars of Cornhill Exchange on the right and the higher Bank on the left. The Bank of England is the central bank of the United Kingdom. Sometimes known as the “Old Lady” of Threadneedle Street, the Bank was founded in 1694, nationalised on 1 March 1946, and in 1997 gained operational independence to set monetary policy. 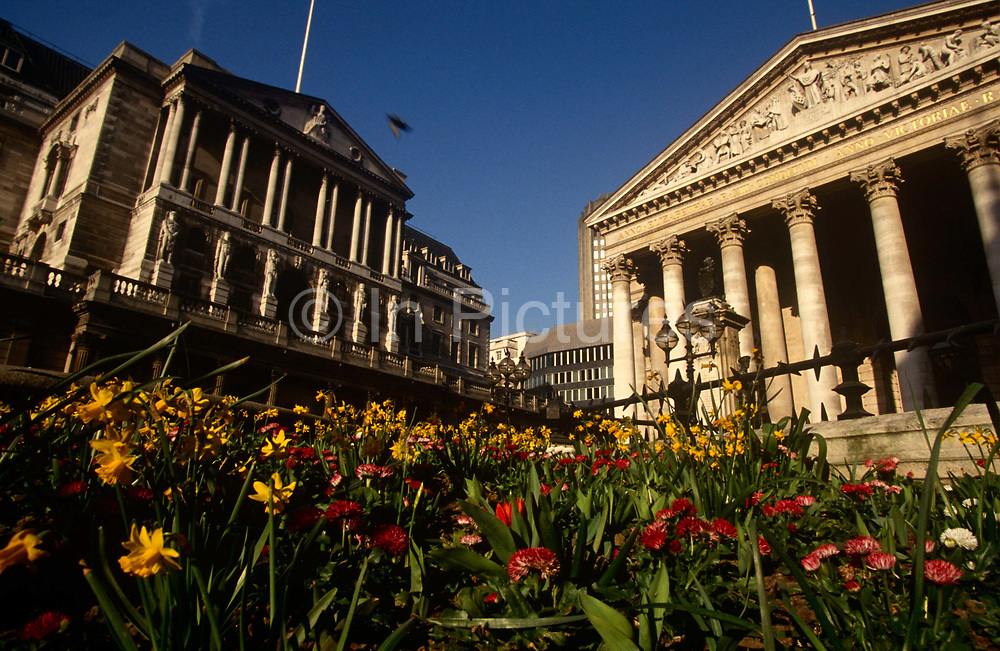