An aerial dawn landscape, looking down from a hot air balloon on to the road to the Valley of the Kings on the West Bank of the modern city of Luxor, Nile Valley, Egypt. The area has been a major area of modern Egyptological exploration for the last two centuries. The Valley was used for primary burials from approximately 1539 BC to 1075 BC, and contains at least 63 tombs. After that, the area was a site for tourism in antiquity (especially during Roman times). 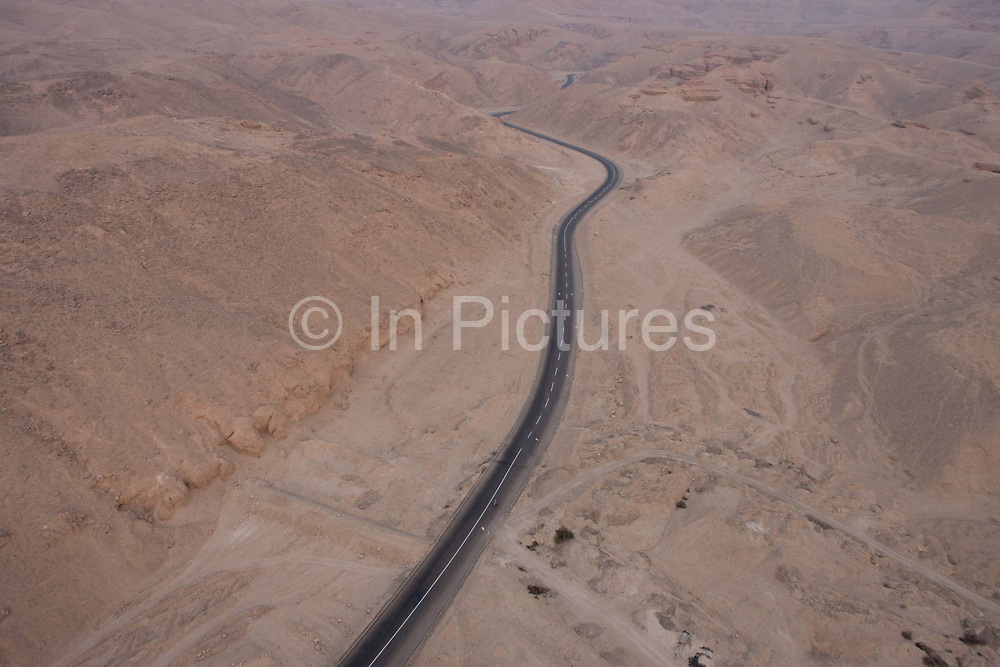