Carvings of battle and heroism outside the Palacio de Carlos V at Alhambra, Granada, Spain. The armour of soldiers of the renaissance period can be seen in readiness for warfare against the foes of the time. The Palace is a Renacentist construction in Granada, southern Spain, located on the top of the hill of the Assabica, inside the Nasrid fortification of the Alhambra. It was commanded by Charles V, Holy Roman Emperor, who wished to establish his residence close to the Alhambra palaces. 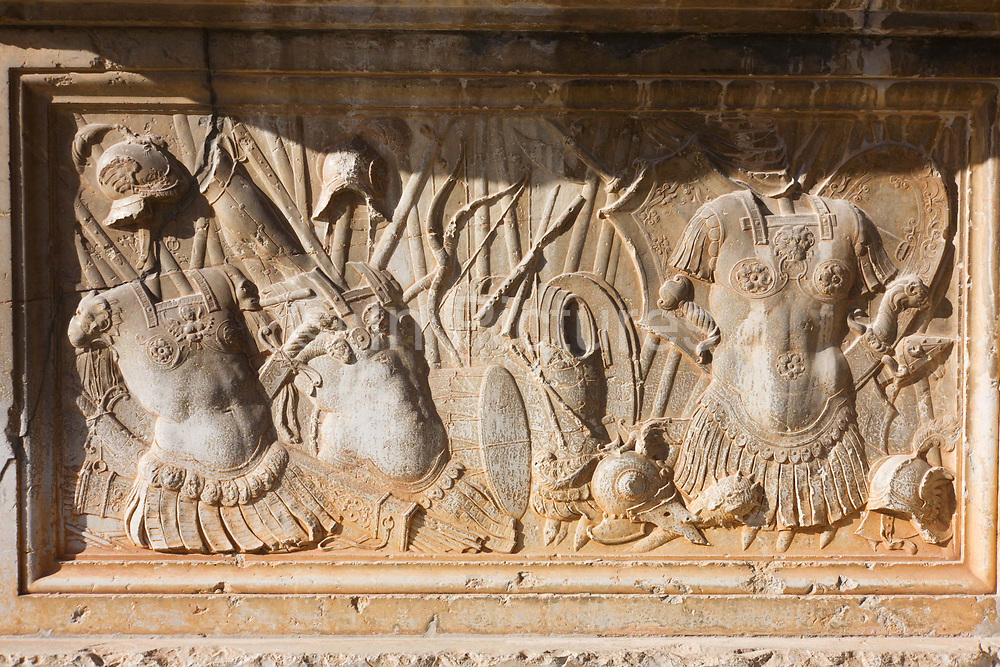