Aerial view (from control tower) of Virgin Atlantic airliner's wing and engine at London Heathrow airport. Taxiing along the centreline that helps pilots navigate to specific locations around the airport consisting of five terminals on a site that covers 12.14 square kilometres (4.69 sq mi). London Heathrow is a major international airport, the busiest airport in the United Kingdom and the busiest airport in Europe by passenger traffic. It is also the third busiest airport in the world by total passenger traffic, handling more international passengers than any other airport around the globe. 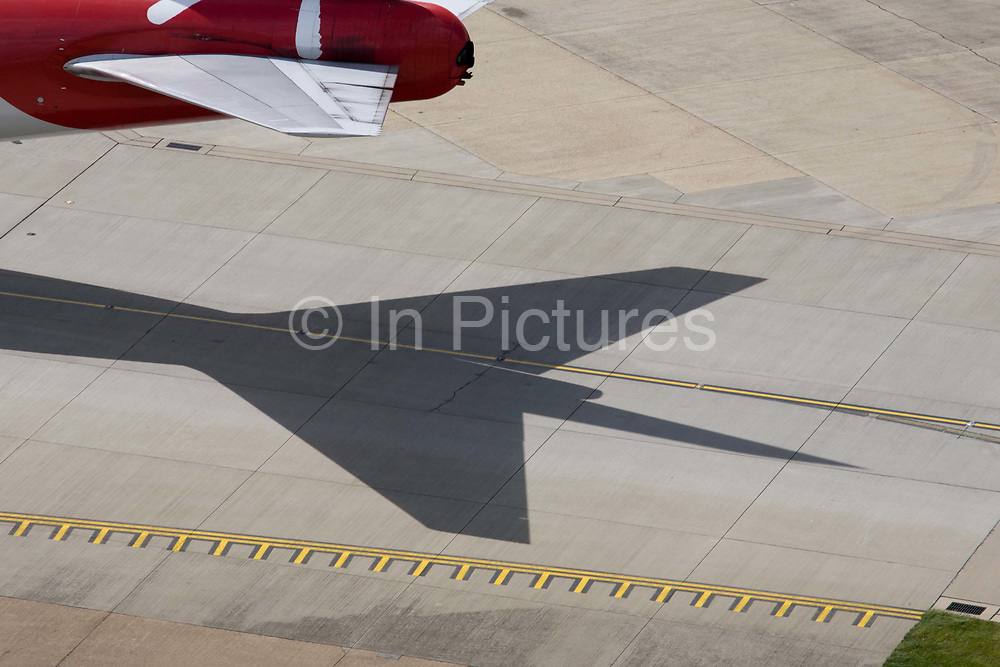