The shore of Boca do Inferno, Sao Tome. Boca de Inferno Hells mouth, is an inlet where waves flow into a narrow ravine that leads to a cave with a hole in the roof. The water then builds up to be forced up through the hole to create a cascade of water that shoots up into the air. Sao Tome and Principe, are two islands of volcanic origin lying off the coast of Africa. Settled by Portuguese convicts in the late 1400s and later a centre for slaving, their independence movement culminated in a peaceful transition to self government from Portugal in 1975. 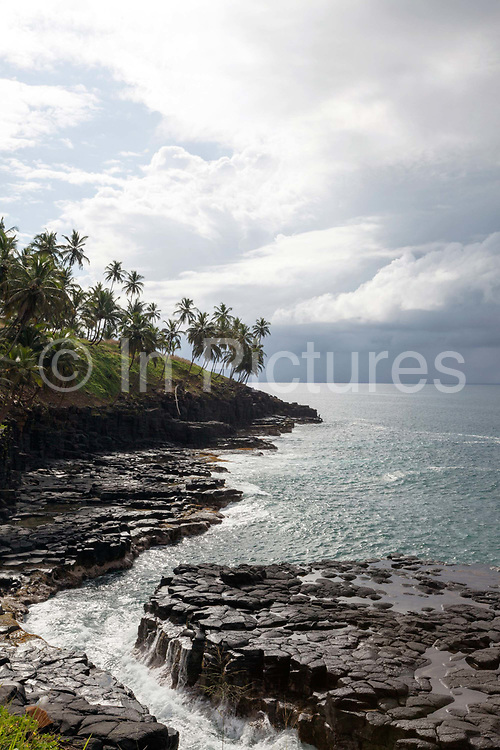