A traditional band of Morris Men dance outside the ancient Christian church of St. Botolph’s without Bishopsgate in the City of London on St George's Day. Wearing white uniforms they jig their traditional dance, a form of English folk dance accompanied by accordion and pipes. It is based on rhythmic stepping and the execution of choreographed figures by a group of dancers. Implements such as sticks, swords, and handkerchiefs may also be wielded by the dancers. In a small number of dances for one or two men, steps are performed near and across a pair of clay tobacco pipes laid across each other on the floor. English records of Morris dancing date back to 1448. The church may have survived the Great Fire of London unscathed, and only lost one window in the Second World War, but on 24 April 1993 was one of the many buildings to be damaged by an IRA bomb. 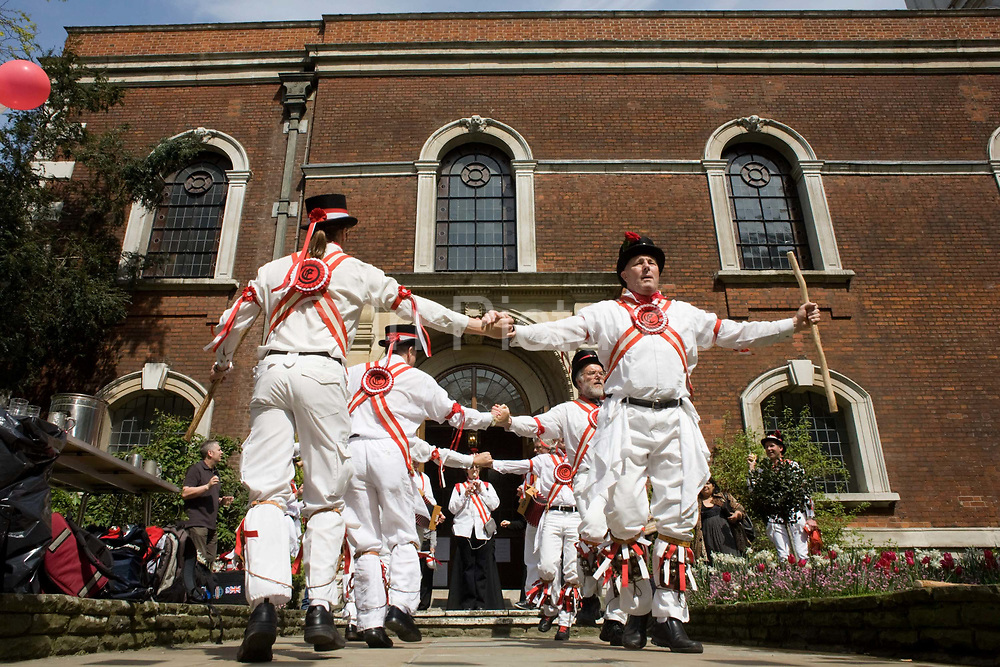