Sands are exposed as small boats and yachts are moored up at low tide in harbour on 20th September 2021 in Douarnenez, Brittany, France. Douarnenez has three habours and is a commune in the French department of Finistere. It is located at the mouth of the Pouldavid River, an estuary on the southern shore of Douarnenez Bay in the Atlantic Ocean. Brittany is a peninsula, historical county, and cultural area in the west of France, covering the western part of what was known as Armorica during the period of Roman occupation. It became an independent kingdom and then a duchy before being united with the Kingdom of France in 1532 as a province governed as a separate nation under the crown. 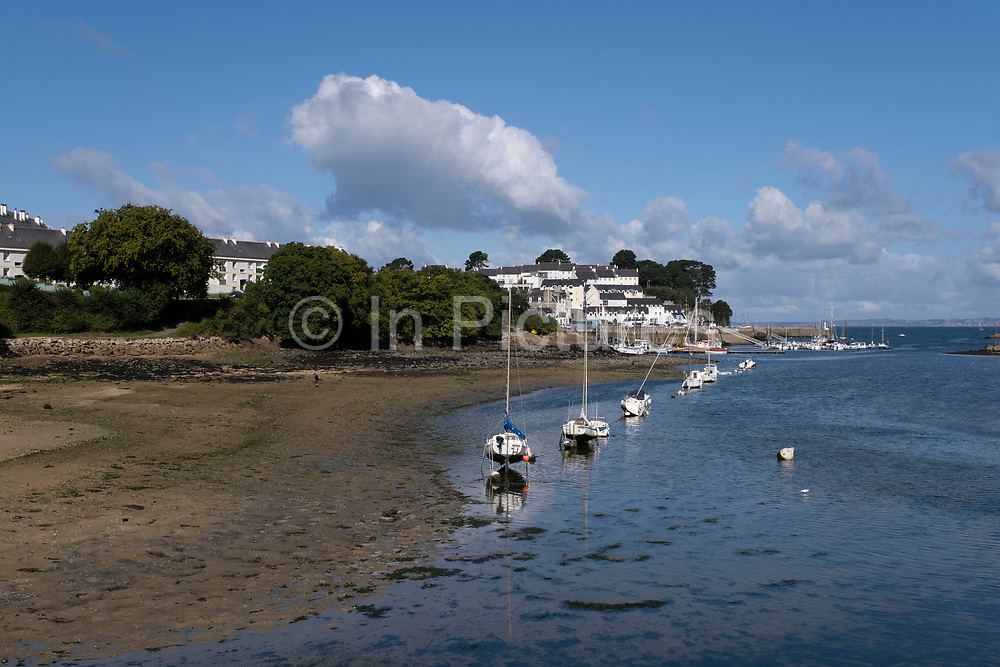