Looking upwards towards a memorial that commemorates the dead from the First World War of 1914-18 between the converging pillars of the Cornhill Exchange building and beyond, to the famous Bank of England in the City Of London, the financial district, otherwise known as the Square Mile. It is early evening as the ambient light fades while artificial illumination becomes the dominant light-source. With such a wide-angle perspective the bank and its architecture looks powerful and influential in the UK's economy. The dark pillars contrasting with the colourful (colorful) light emitted from this established Bank makes for a scene of stability and strength against the pity and tragedy of a past conflict that claimed millions of lives. 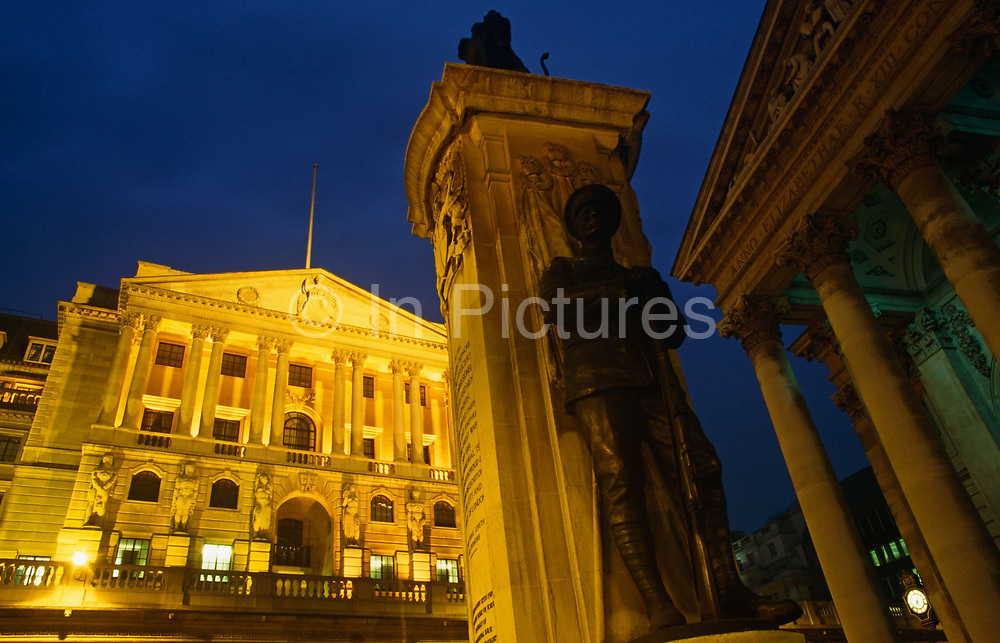