Protester Steve Bray sings a song in support of the EU as President of the EU Commission, Ursula von der Leyen leaves Europe House, the European Parliament Liason office in the UK in Westminster before her meeting with the Prime Minister to discuss the impending negotioations and timeframe for the UKs withdrawal from the EU, on 8th January 2020 in London, England, United Kingdom. Ursula Gertrud von der Leyen is a German politician and the President of the European Commission since 1 December 2019. 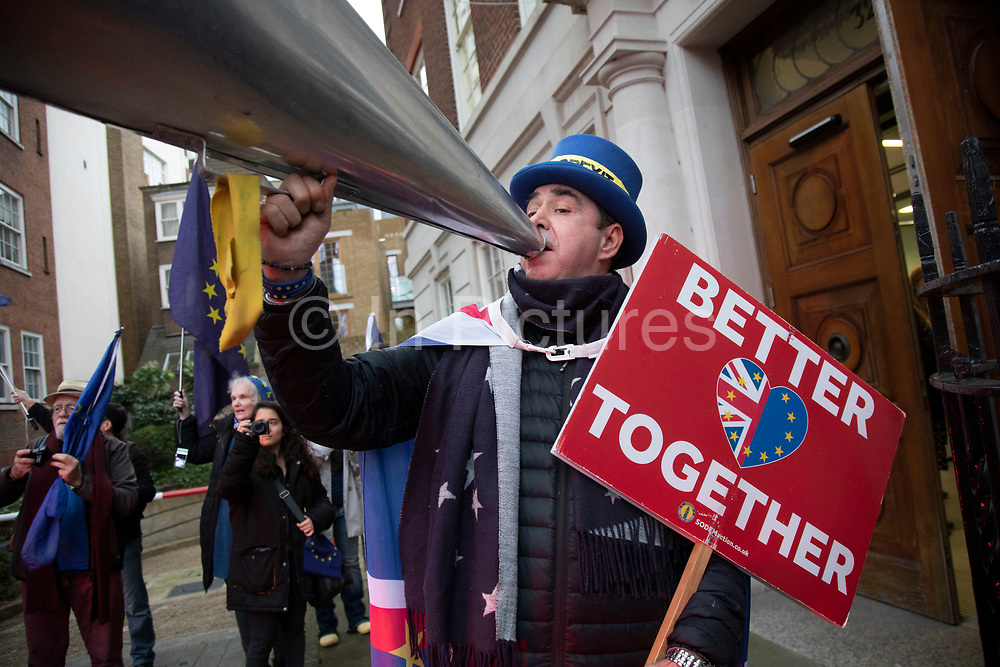