Climate change Red Rebels activists from the seaside town of St Ives in Cornwall gathered to protest at the lack of activity by the British Government on climate change on 31st August 2019, in St Ives, United Kingdom. The group, including the spectacularly costumed Red Rebels lead a procession of Extinction Rebellion activists through the town of St Ives, United Kingdom. The group protested about rising sea levels caused by climate breakdown. The Red Rebells performance artivist troupe dedicated to illuminating the global environmental crisis and supporting groups and organisations fighting to save humanity and all species from mass extinction. Extinction Rebellion is a climate change group started in 2018 and has gained a huge following of people committed to peaceful protests. These protests are highlighting that the government is not doing enough to avoid catastrophic climate change and to demand the government take radical action to save the planet. 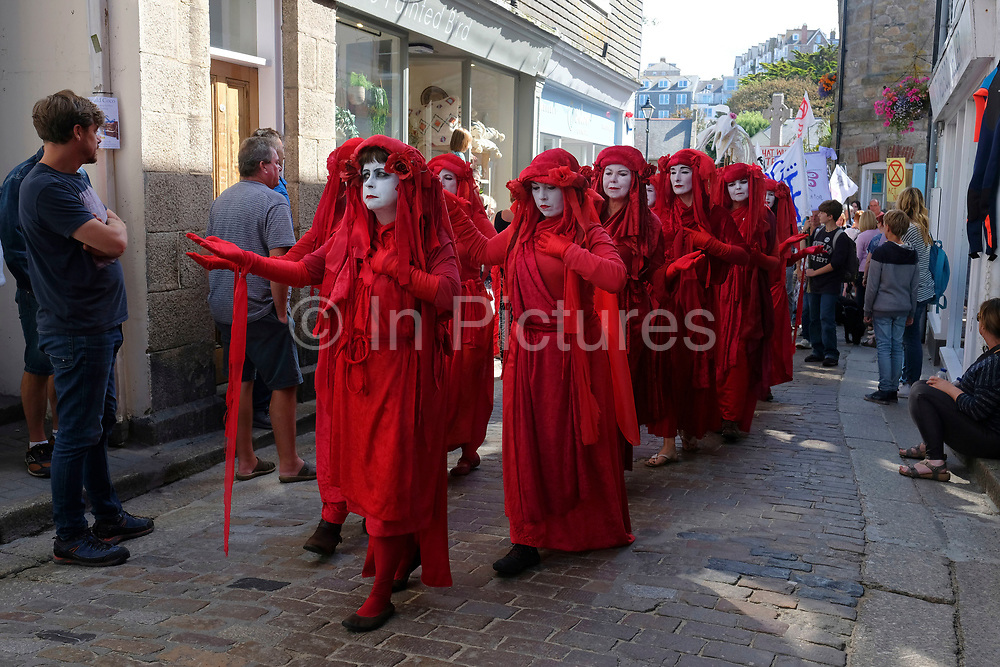