Hank Willis Thomas Raise Up statue, which depicts contemporary issues of police violence and racially biased criminal justice in the National Memorial for Peace and Justice on 3rd March 2020 in Montgomery, Alabama, United States. Informally known as the National Lynching Memorial, a national memorial to commemorate the victims of lynching in the United States. Current research shows that 4,084 African Americans were lynched between 1877 and 1950. More than 85% of the lynchings took place in the Southern states. 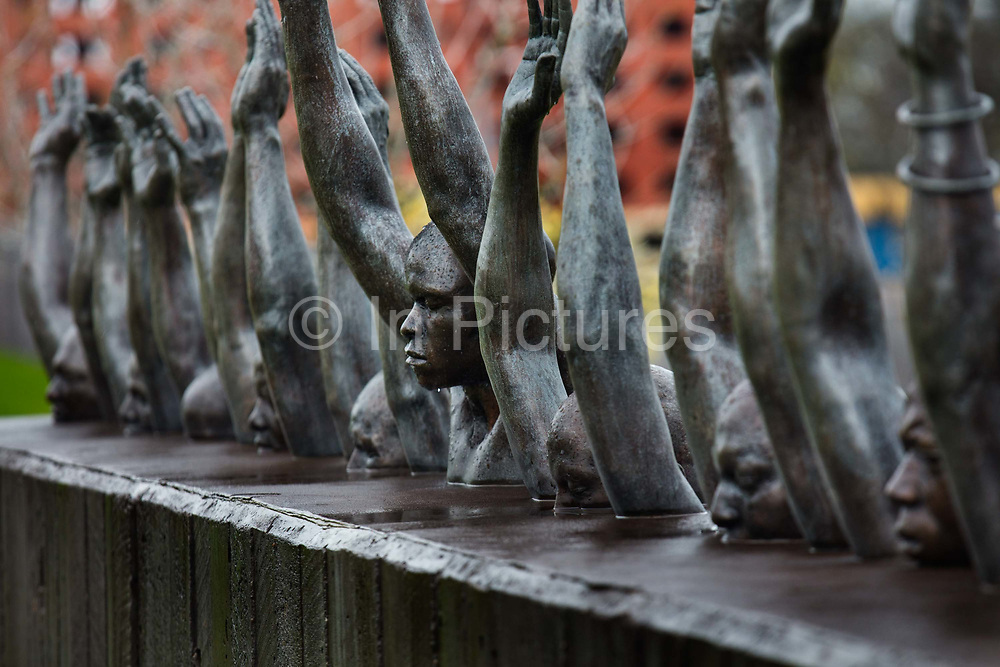