Television presenter and broadcaster David Dimbleby speaks to pro-remain protesters outside The Supreme Court as the first day of the hearing to rule on the legality of suspending or proroguing Parliament begins on September 17th 2019 in London, United Kingdom. The ruling will be made by 11 judges in the coming days to determine if the action of Prime Minister Boris Johnson to suspend parliament and his advice to do so given to the Queen was unlawful. David Dimbleby is a British journalist and former presenter of current affairs and political programmes, now best known for the BBC's long-running topical debate programme Question Time. (photo by Mike Kemp/In Pictures via Getty Images) 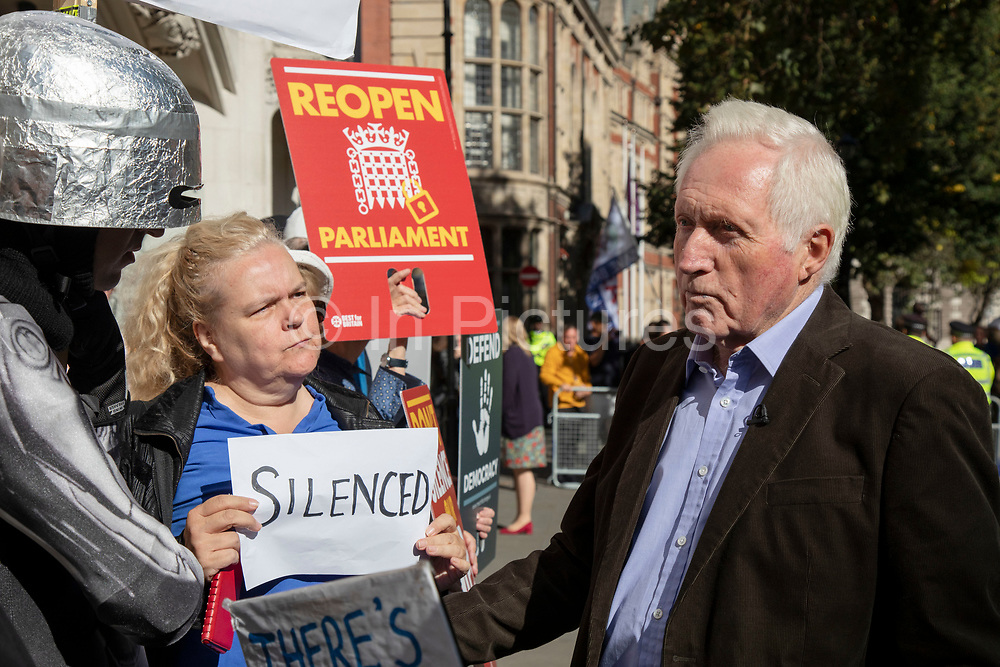