Shinto priests Masatsugu Okutani, 41 (far right) together with his father Kazufumi Okutani, 71 dressed in their ceremonial clothes in preparation for the Summer Grand Purification ceremony to be held at the Yabuhara Sanctuary. They are the 24th and 25th uninterrupted generational SHINTO priests in their family line dating back to the 12th century AD. Seen here with priests Kagesi Toyama (far left) and Kiyoto Suyama (center left), which will assist in the ceremonial festivities which take place over a 36 hour period in early July every year. The essence of the ceremony is to remove temporarily all impurities such as rational thought from ones body and mind and maximize one's sensitivities. In other words to be in a state of heightened concentration of the "here and now" and allow one's sensitivities to be replenished as they are a constant source of japanese cultural identity, Kiso Mura village. 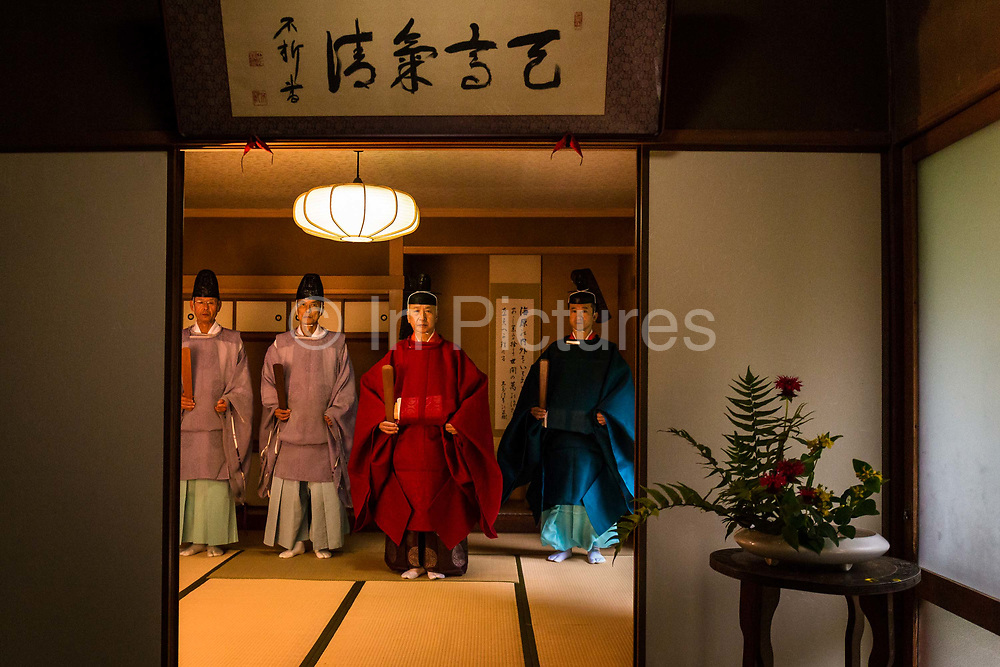