On a hot night at Bahrain International Airport, a Boeing airliner is about to be pushed backwards and start its engines. Two airport agents wearing traditional Arab dress stand patiently high up on the air bridge (that joins the aircraft fuselage during its turnaround time), several metres above ground level, ensuring no last-minute problems occur before departure. This Gulf State is, a key hub airport in the region, providing a gateway to the Northern Gulf. The airport is the major hub for Gulf Air which provides 52% of overall movements. It is also the half-way point between Western Europe and Asian destinations such as Hong Kong and Beijing. Picture from the 'Plane Pictures' project, a celebration of aviation aesthetics and flying culture, 100 years after the Wright brothers first 12 seconds/120 feet powered flight at Kitty Hawk,1903. 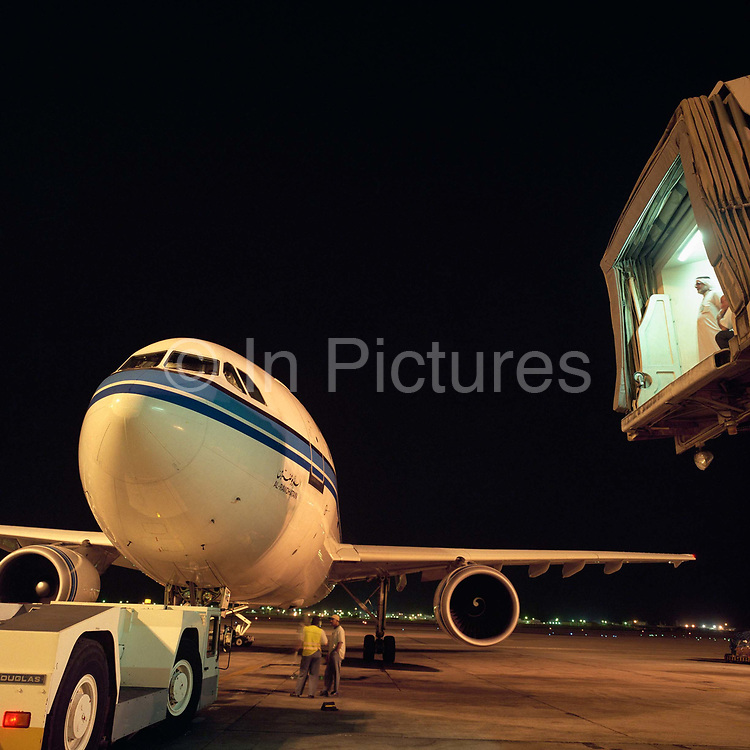